If Britain’s culinary contribution to the world is Afternoon Tea, then the USA’s is surely Brunch.

The magical decadence of having a lie in and then combining the delights of both breakfast and lunch into the one (usually a bit over the top) meal is hard to oversell. It’s also a great excuse for a glass – or three – of mimosa at 11 am and to consume way too much maple syrup. Or perhaps that’s just me…

Before I get too far into tangent territory it’s time we talked about why this recipe is better than plain old pancakes. Much as I love pancakes, they’re not exactly the most wholesome, so for this recipe I’ve taken some of the flour out and replaced it with a mixture of oats and banana. Not only do they make them a little different, but to me banana pancakes are even more delicious. 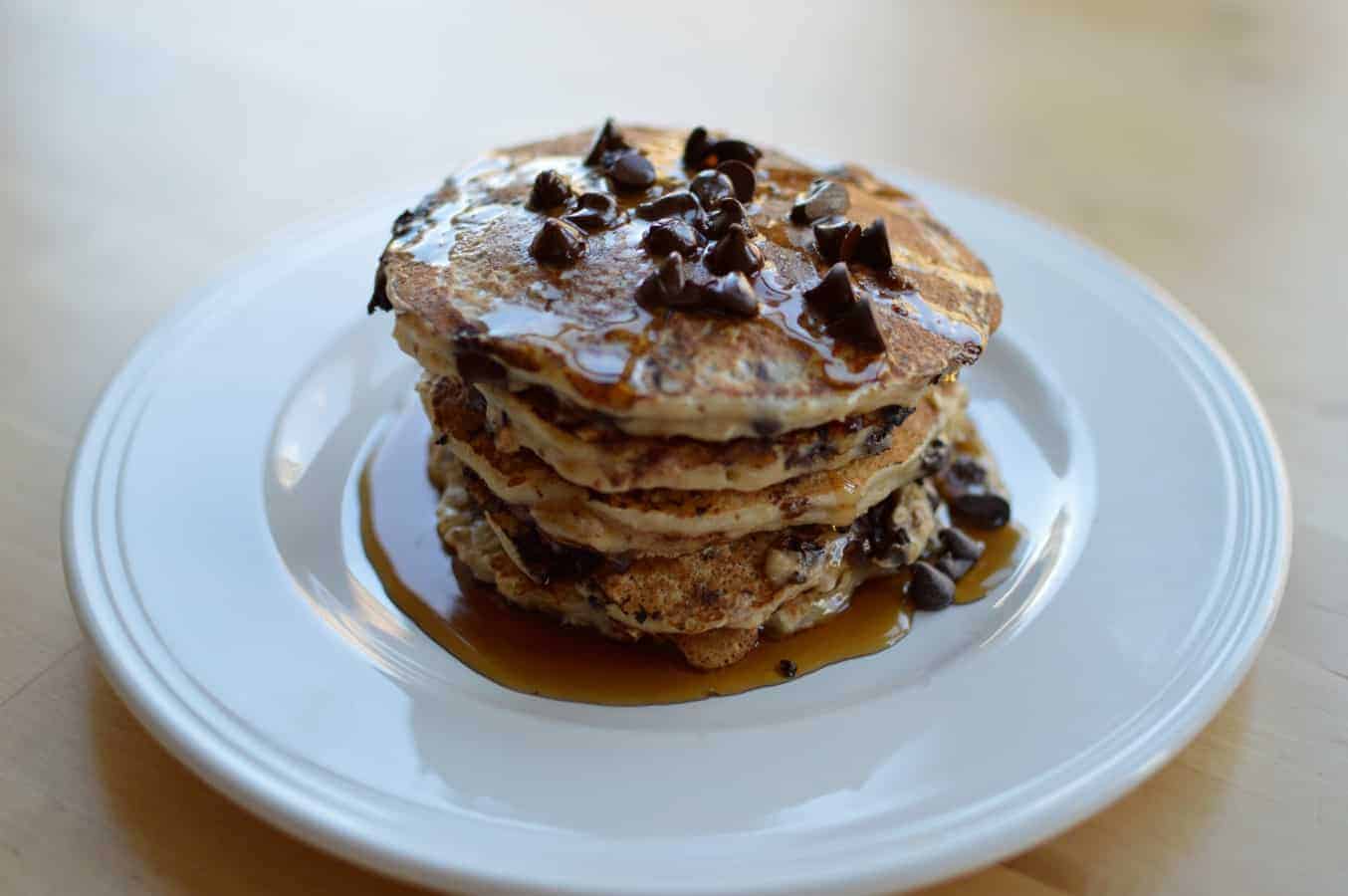 Whether you’re indulging in the hair of the dog, or just sitting with a large mug of coffee, pancakes are often a huge part of brunch and whilst bacon is my usual favourite topping (yes, bacon is a ‘topping’ in my life, a very large topping) sometimes an alternative is handy – that’s why I’ve been making Banana, Chocolate and Oat Pancakes! 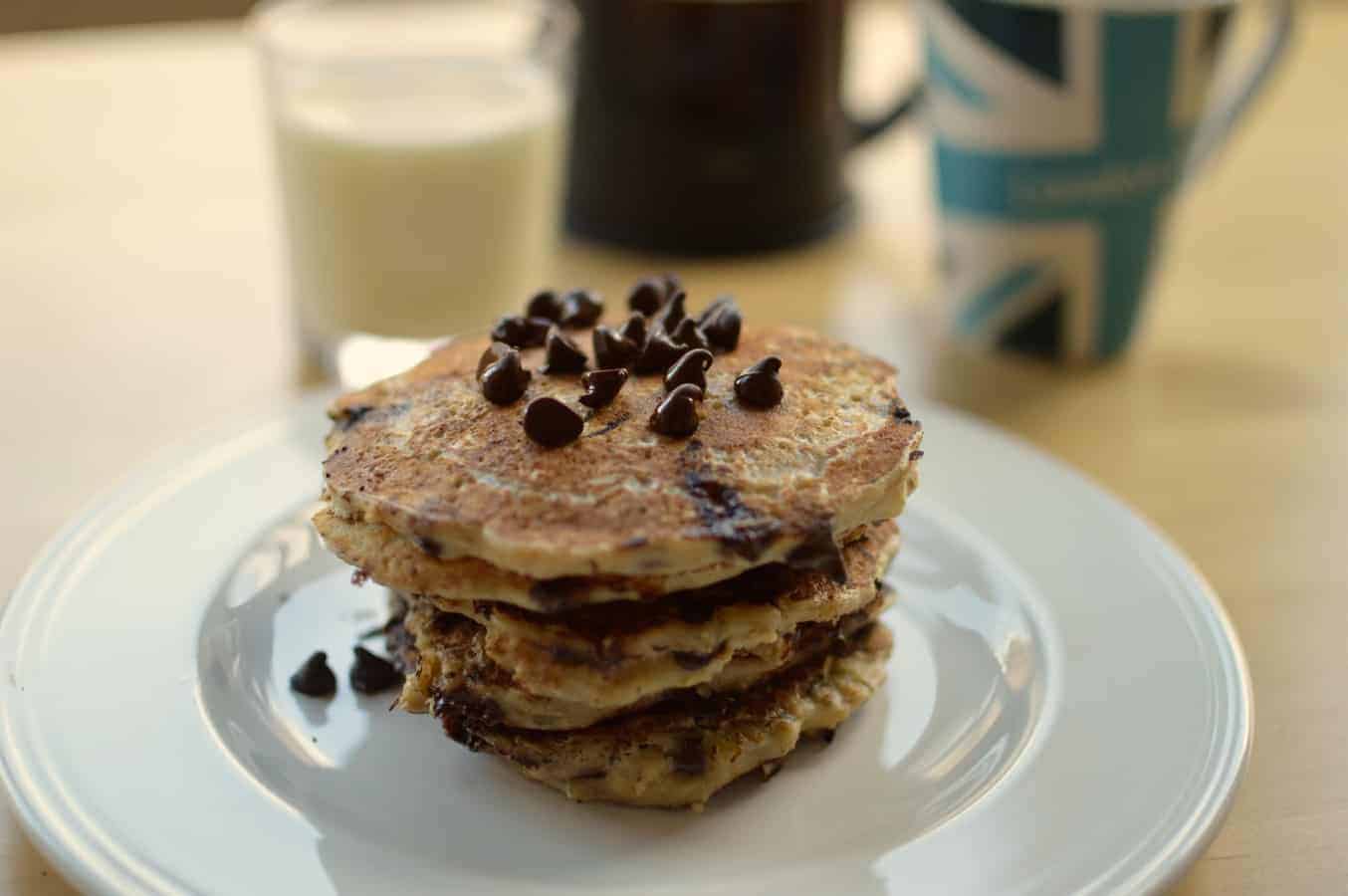 Regardless of whether you’re having a brunch in the middle of winter or height of summer these pancakes are just a little bit more exciting that the usual options. You could go one step further and substitute some of the milk with strong black coffee, although I wouldn’t include any bacon because that’s not going to end well.

This is the perfect way to have brunch. Everybody loves pancakes, and not only are these really easy to make, they also have banana in them to get your fruit intake up, oats to keep you fuller for longer, and chocolate. Because chocolate. Serves 2.

Take a large bowl and into it slice the banana; scatter the salt and baking powder in, then mash and mix into a paste with a fork (if the banana’s quite ripe this will be much easier). Add in the butter – softened is ideal – milk and egg. Beat gently until it forms a thin batter.

Scatter your flour into one side of the bowl and the oats, then mix until it is just combined. Add the chocolate chips on top and fold them in. Let the mixture sit for ten minutes or so.

Get a large, non-stick frying pan and put it on a medium heat. When it is hot dollop the mixture on with a spoon (it’s about 2 tablespoons per pancake). It’ll take about 1-2 minutes per side initially, but will get faster as the pan takes on the heat fully. Once the pancakes are cooked, put them on a metal plate in the oven until everything is done.

To serve, stack the hot pancakes up into a tower, scatter some chocolate chips on top and liberally drizzle with maple syrup. Brunch perfection.