So far December has been a funny old month – last week there were days where it didn’t manage to get passed 2ºC and the other day I was carrying my coat because I was too warm. All very strange (and feels quite like the calm before the storm). But with the weather set to get colder again it’s time to get in the festive mood with my new favourite festive drink – mulled beer.

We’re all big fans of mulled wine, right? The trend mulling is continuing with the now seemingly permanent and delicious mulled cider and, at least in my world there’s lots of Mulled Gin. So what’s next? Well, I was out for dinner recently and was greeted with a glass of mulled beer. Yes, warm, mulled beer. And it was delicious.

Of course this meant a bit of digging was required the next day, followed by a bit of experimenting to find out if mulled beer really should be a thing. Conclusion: it most definitely should. 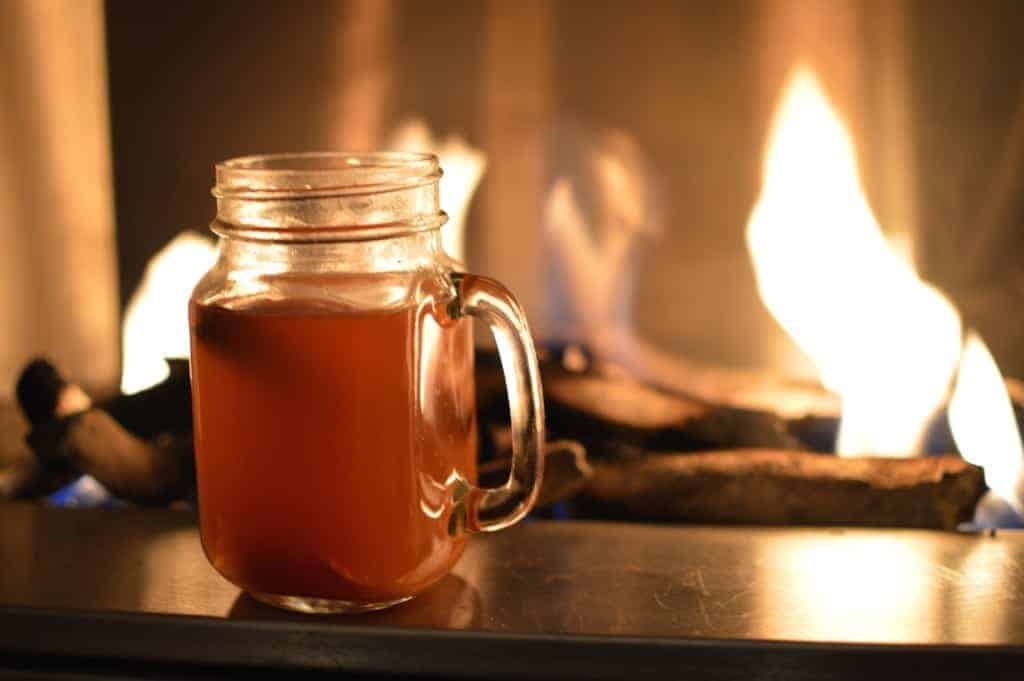 But of course it is far from new – references to ‘mulling’ (a.k.a. heating) beers – or more properly, ales – stretch back many hundreds of years. It seems that as far back as the 16th century mulling beer was quite common, and in fact the standard of drinking our beers cold is really only something that happened in the 20th century (coinciding with refrigeration becoming more widespread, unsurprisingly). But surely it’s only really what we’d call ‘mulled’ today if it included spices, etc.? Well yes, but it seems that in all likelihood other things were added to mulled ales – if nothing else, spices cover up a whole host of issues arising from home brewing… There’s a great article in The Atlantic if you’d like to know more.

Back in the 21st Century, I happened to have a couple of bottles of one of my favourite IPAs from Stewart Brewing (a great Edinburgh craft brewer), some wannabe-hipster jars with handles, and some time on my hands. It was clearly meant to be, and since it was cold that evening we sat in front of the fire and sipped this festive treat.

Will it take off in a big way again? I don’t know, but I would recommend giving it a try. 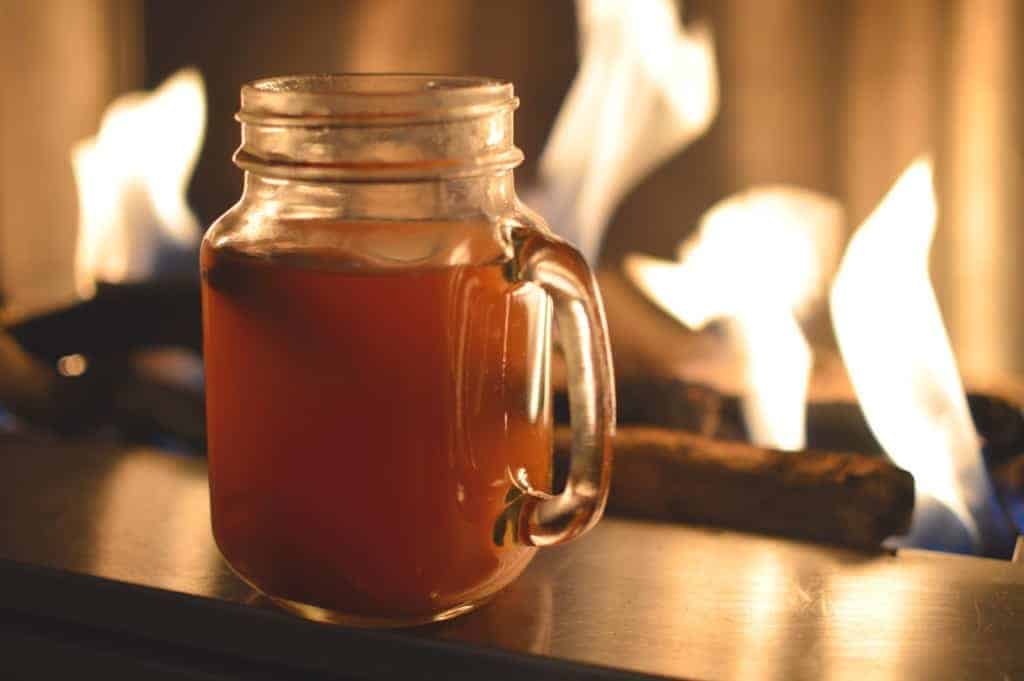 I suppose the responsible thing to do here would be to tell you to drink only in moderation because alcohol is bad, or something dull like that. But I’m sure you’re capable of knowing that yourself. I adapted my recipe from one I found on the GQ website and the beer I used – First World Problems – is from the wonderful Stewart Brewing (although I am sure any decent IPA will do, or even something less hoppy if you’re not so keen on the hoppy goodness). Serves 2, with top ups.

Put all the ingredients in a large pan over a gentle heat (you want it to warm slowly, not boil fast, or it will be more bitter). Gently stir so that everything is evenly mixed.

Leave for 5-10 minutes (a lot depends on the pan you use) until it is warmed through, the honey is melted and there is steam coming off the top.

Put through a sieve to catch the cloves, cinnamon, etc. and then serve in mugs or glasses with handles in front of a fire.