Sometimes when you are reading a recipe book at night (I can’t be the only one that reads recipe books in bed, right?) you come across a recipe that you know is instantly going on the ‘I NEED to make that’ list. Be it a luscious chocolate cake, the perfect roast or – in this case – a caramel chocolate crispy ice cream cake, you know that you are going to try it. Sure, it won’t turn out anything like the photo in the book – unless, of course, you have a team of food stylists and photographers in your kitchen – but you’re going to try it and inflict it on those around you, hopefully to joyful smiles and that noise people make whilst trying to compliment a dish with their mouth full.

When I was flicking through Donal Skehan’s Kitchen Hero late one evening – I’d picked it up earlier that day after spotting it in the window of a discount book shop (it made me think of super heroes, and my childish brain got overly excited by mental picture of kitchen utensils wearing capes) – I came across this ice cream cake and wanted it. I will admit up front that there’s a total childish joy here, but then after the insight in the previous sentence of the ridiculous things that go through my mind I feel this shouldn’t be a big surprise. I saw the picture of it and knew it was going to be appearing on my table shortly. And here it is.

His called for milk chocolate and to use dolce de leche, but I opted to change these slightly, substituting the sweet milk chocolate with using half milk and half dark (futile as this is, given the other ingredients), and also making my own caramel. I also love crispy cakes with marshmallow in them, so added those in too. 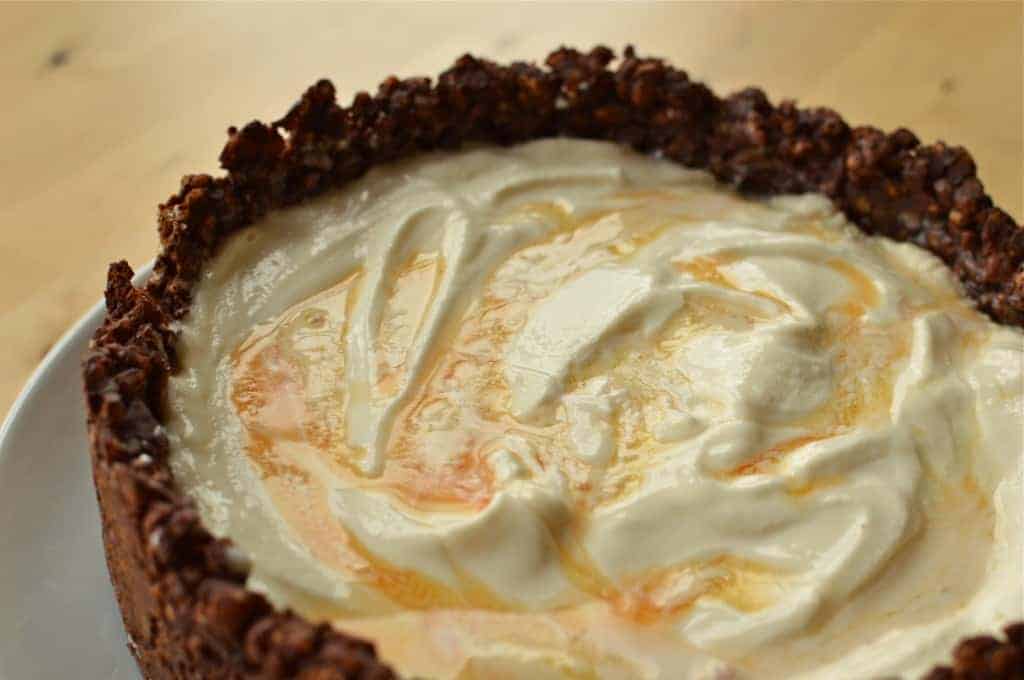 This ice cream cake may not be the most grown up of desserts, but I feel its childish pleasure makes it a fun desert to have with other people around you. Also the flavours brought out from the dark chocolate, good quality vanilla ice cream and home made caramel give it hidden depths. All of which are partially removed again upon discovering that I’d put in a surprise layer of marshmallows between the chocolate crispy base and ice cream. We had it at the end of Sunday lunch, and despite all five of us allegedly being adults we loved it. And I had far too much fun making it (pretending that I was wearing a cape, naturally). 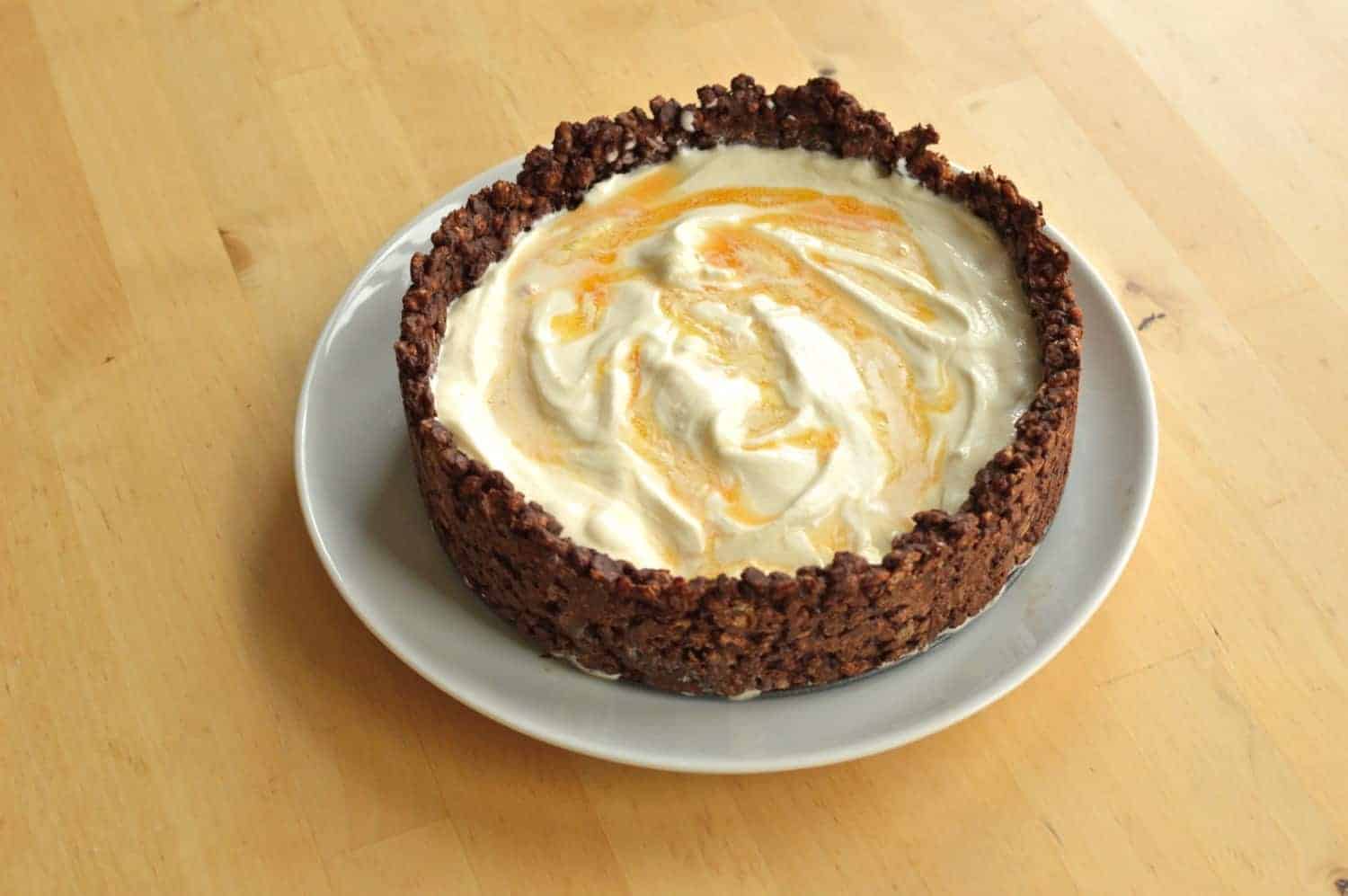 This recipe is taken from Donal Skehan’s Kitchen Hero, but has been adapted slightly to include marshmallows and home made caramel. It serves 8-10 as a dessert, or more as part of a party.

Put a heatproof bowl over a pan with 2-3cm of boiling water in the bottom, into this break the chocolate and allow to melt slowly. When it’s about 60% melted, pour in two-thirds of your marshmallows into the bowl; stir until it’s all melted. Take the pan off the heat (but not the bowl off the pan) and pour in the rice crispies, stirring with a wooden spoon until the rice crispies are completely coated in chocolate.

Press the crispies into the base and sides of a 23cm loose bottomed cake tin and set aside for ten minutes (preferably out of the kitchen) to set.

Take your ice cream and mix it a bit until it is loose (this is easier if it’s been sitting out for 15 minutes). In a pot put your caster sugar and put on a medium heat to make the caramel.

Watch the pan like a hawk, but don’t stir (shake it slightly if you really feel the need). Swirl slightly towards the end so the thinner parts don’t burn. When all the sugar has melted and it is colour has turned a convincing shade of caramel drizzle about half a tablespoon of warm water into it. It will splutter and jump (so be careful, no one wants caramel burn), but this will thin it enough so that it won’t set like rock.

Swirl about two thirds of the caramel into the ice cream and stir it through. Pour into the crispy cake shell and smooth the top out. Swirl the remaining caramel (that you haven’t already munched) over the top and return the whole thing to the freezer for at least two hours. Take out 5-10 minutes before you want to serve.