There is something really special about the evenings of early autumn. It’s not stuffy or humid, and as the golden glow of long, lingering sunsets stretch across the sky lots of amazing food is brewing.

Summer and early autumn brings a myriad of flavours to the table, as the end of summer produce coupled with the start of autumnal recipes creates a mouth-watering segue between the seasons.

Today’s recipe is just that: Tomato Crumble. The end of tomato season is nigh, but the rich red fruits are still delicious and mixing them with red peppers and basil feels like summer. On top of that – quite literally – a cheese-laden savoury crumble topping lets you know exactly where the year is going.

I adore crumble (likely a result of growing up in a house with a brilliant cooking apple tree – and having spoken to my parents lately I think part of their bumper crop will be headed my way this autumn), but only discovered the savoury version a few years ago – again, in the wonderful New Bistro, last seen when I cooked with hogget. Now though, it’s fast becoming a staple for this time of year.

But where does it come from? I thought I’d have a look into the history of the crumble, but very little seems to be certain. Some say that it only came about in World War II, others that this is just when it became popular (due to its speed, in comparison to pastry, and lower butter content). I don’t believe the first for a moment, but we know little about its invention, apparently. The first recipe for ‘Apple Crisp’ (the American equivalent) seems to be in 1924 in ‘Everybody’s Cookbook: A Comprehensive Manual of Home Cooking’ (which sounds like a real treat…), and it seems like our crumble is older.

So it’s history is a mystery, and savoury crumble is even less well known. But as I am sure this is not going to be the only crumble I write about so the hunt continues for the crumble’s story.

This recipe is an original to The Usual Saucepans, but it doubtlessly is inspired and comes in large part from its namesake in New Bistro, one of my favourite cookbooks. My version is a little more indulgent than its counterpart with extra flavours and a little complexity to make it a great main course recipe. If you want to make yours even more indulgent roast the tomatoes and peppers with some balsamic vinegar first. It serves 4 as a main course (with salad and bread on the side).

Preheat the oven to 200°C and find either four small dishes or one larger, deeper one.

Start by preparing all the filling. Dice your onion as thinly as you can, crush your garlic and slice the tomatoes and pepper (thinly, in both cases). Once all that is done heat the oil in a large pan and sauté the onion for 2-3 minutes until it is starting to soften, then add in the garlic and continue for another 2 minutes. Add in the peppers and tomatoes and bring the whole thing up to a simmer. Once simmering for a minute or two, tear up and add in half of the basil leaves

Continue cooking the tomato mixture until the excess liquid has boiled off.

In a medium-sized bowl rub together the butter and the flour – this will be easier if you cube the butter first – until it resembles breadcrumbs, then grate in the parmesan and stir through.

When the crumble filling has lost the majority of the liquid (but not all, or your crumble will be dry), transfer into your crumble dish(es). Stir in the remaining basil. Sprinkle the crumble mixture on top and bake in the centre of the oven for about 25 minutes until it is golden brown on top and you can hear it bubbling.

Serve immediately with bread and a salad. 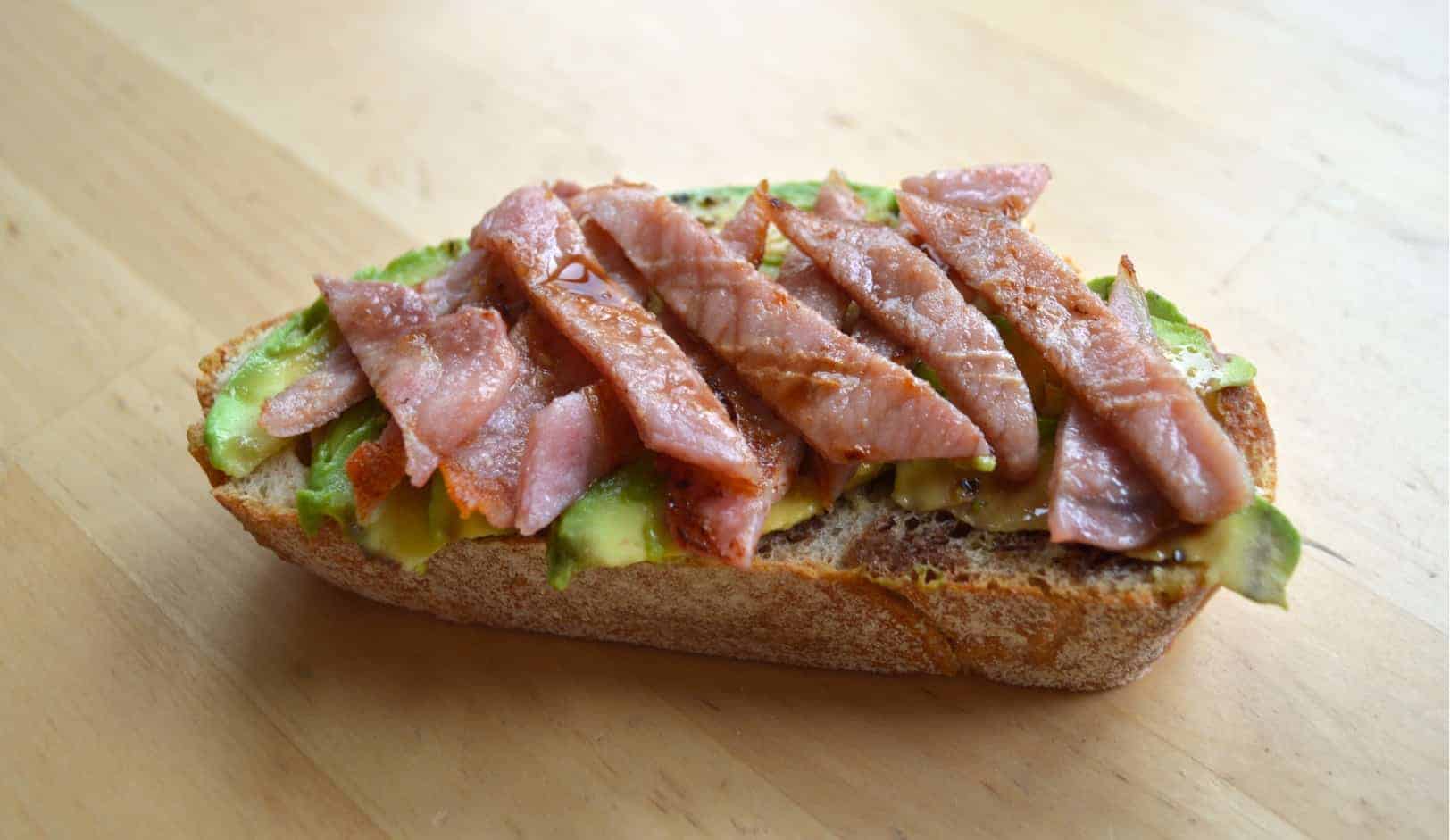