Of all the meats that we regularly eat at Christmas time, I think my favourite has got to be a ham. There’s nothing innately festive about it, but there’s a lot to be said for a ham that’s been boiled and then roasted for the sheer joy of cold cuts. And better still, Christmas is a great excuse to glaze it!

Every year we have some form of glazed ham – normally cooked a few days in advance and sliced up (in big chunky slices, naturally) for a late lunch on Boxing Day – but short of being the one that lifts the heavy pot off the hob, or trying to get the ham out of its poaching liquor balanced between two forks that are way too small for the job, it’s not something I make normally. This has now been sorted though as I baked a marmalade glazed and close studded beauty for some friends the other night. 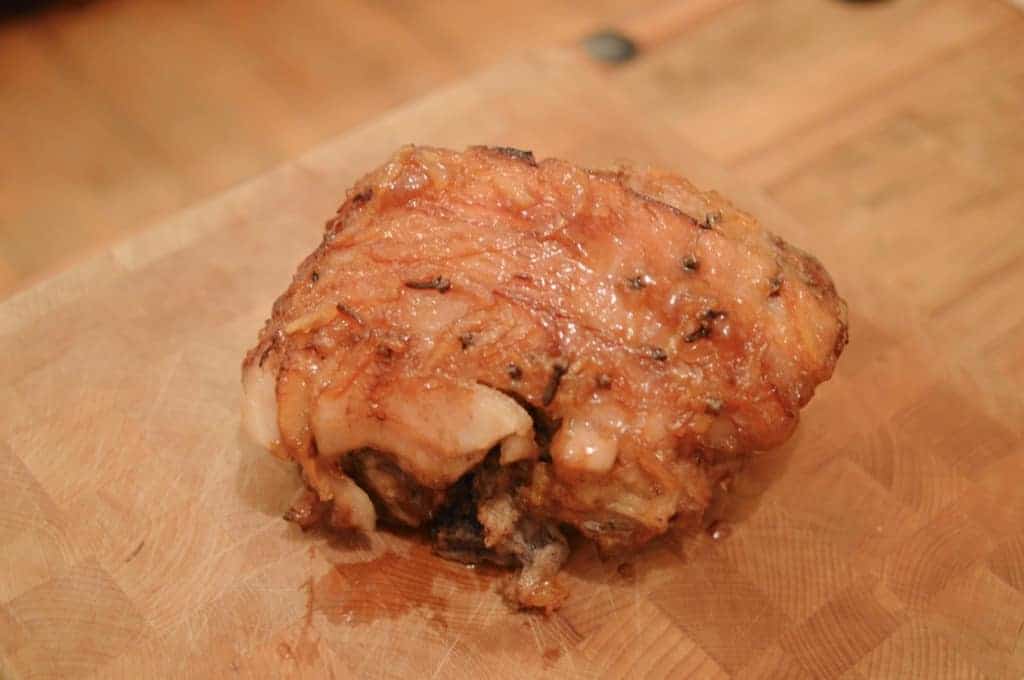 Like most roasts, it’s dead easy when you know what you’re doing – it just takes an utter age as you need to do it slowly. The glaze is also quite simple, mainly involving melting down some marmalade. You could make your own – here’s my recipe – but I went for the sweet and bitter notes of a delicious Bucks Fizz Orange Marmalade, which was sent to me by Dobbies. If you haven’t seen their Christmas ad with Dobbie the Reindeer, they’ve branched out (yes, pun 100% intentional) beyond plants and have started a range of delicious edible Dobbies Christmas treats. I’ve got some cherries in Kirsch that I’m looking forward to trying, but I thought the marmalade would go well on the ham.

The result of the marmalade and three hours of cooking is a wonderfully tender ham. One that slices easily and then falls to bits in your mouth. It’s also a great recipe for the organised, as you can easily do the boiling section a few days in advance and simple roast on the day – just wrap it tightly in clingfilm once cooled off after its boiling, pop it in the fridge and bring back up to room temperature before roasting it. A word to the wise though, if you buy a cured one you should probably soak it for a while before starting to cook it so it’s not too salty. I’m really glad I’ve got part of this leftover in my fridge – it makes for delicious additions to lunches and random, unnecessary snacks. 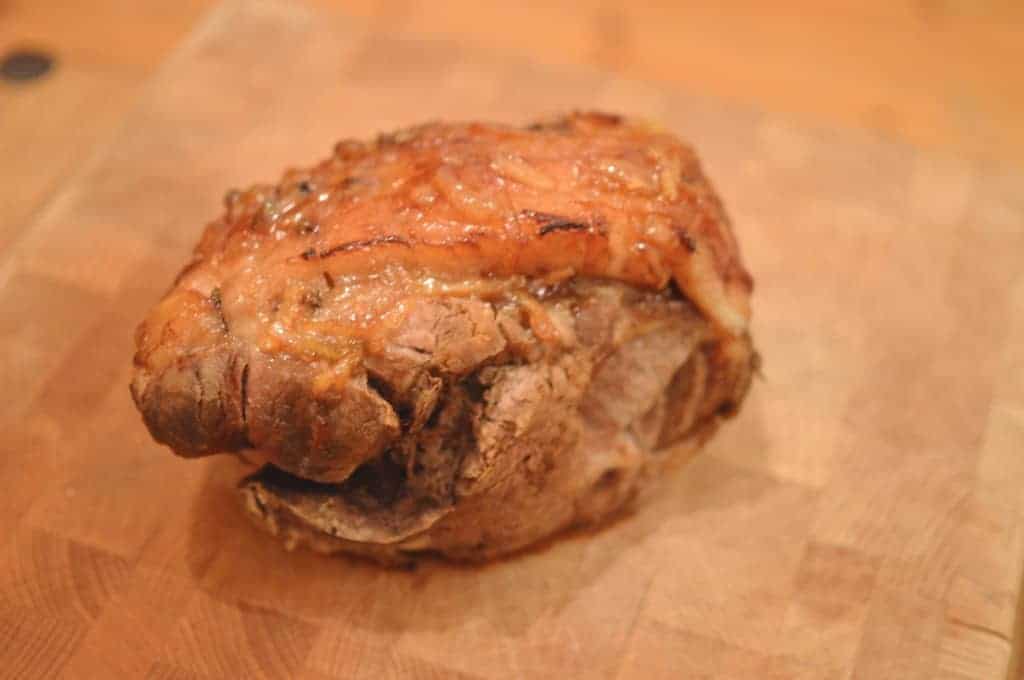 This recipe is put together from various others that I found online and having watched my mum cook these for years. The size of your ham (and thus the cooking time) will be based on the number of people you’re serving – here it was six – but always be a bit generous and you’ll be sure to have leftovers! It takes about 3 hours (roughly) to cook, and should be left to cool before slicing and serving.

Remove your ham from all it’s packaging – although not the strings, if it has them, these will be needed to keep it together – and bring it up to room temperature, or soak if you need to get some of the salt out of it. Once at room temperature place it in a large, heavy based saucepan (there should be enough space in the pan to fully submerge the ham). To this pan add about 6 cloves, 8 juniper berries and 3 bay leaves and enough water to fully cover the ham. If you want to speed up the process a little, use a kettle full of recently boiled water to up the overall temperature. Put the heat on and bring the pan up to a gentle simmer.

Let the pan simmer away for at least an hour (it can take up to 2.5), checking every so often to make sure there’s enough water in the pan. If you have a digital thermometer it should reach 65ºC, if you’re like most of us and don’t, use a skewer to make sure it is hot in the middle of the thickest part.

Once cooked, take the ham out of the water and allow it to cool. If you’re making in advance, this is the point at which you stop and come back to it the next day.

When you’re ready to do the final stage and roast the ham, get a very sharp knife and cut the skin away from the meat – leaving as much of the fat as you can. Then score a cross-hatch pattern deep into the fat. Stud the crosshatch with cloves, pushing them deep into the fat. Place the ham into a non-stick roasting tin.

Take your marmalade and put it into a small pan. Melt it on a medium heat until it’s runny, then spoon about two-thirds of the mixture over the ham, using the back of the spoon to rub it in.

Put the ham in the middle of the oven and roast at 180ºC for 20-30 minutes, until the outside is a beautiful golden-bronze. To ensure it doesn’t dry out, baste with the remaining marmalade and juices from the roasting tray every ten minutes.

Take the ham out of the roasting tray and allow it to cool for at least half an hour before you slice it.