Kebabs Have a Bad Rep

A while back in an Instagrammers Anonymous post I said that I’d been making kebabs and that when I got back from holiday I’d share the full recipe. Well, I naturally forgot, but was reminded last night by seeing a photo of them, so it’s definitely now time to share the joy that is Game Kebabs. (Sidenote: I’m sure there’s a really bad Game of Thrones related pun in there somewhere, but I’ll refrain).
A while back I went to Stockbridge market (still my favourite farmers’ market in town) and accidentally managed to come back with three packs of ‘mixed game’ – in this case pheasant, hare and venison. One Sunday, a few weeks later, I was looking for something tasty for lunch, but the sun was out and a game stew wasn’t going to cut it. That’s when I decided it was time to make kebabs. 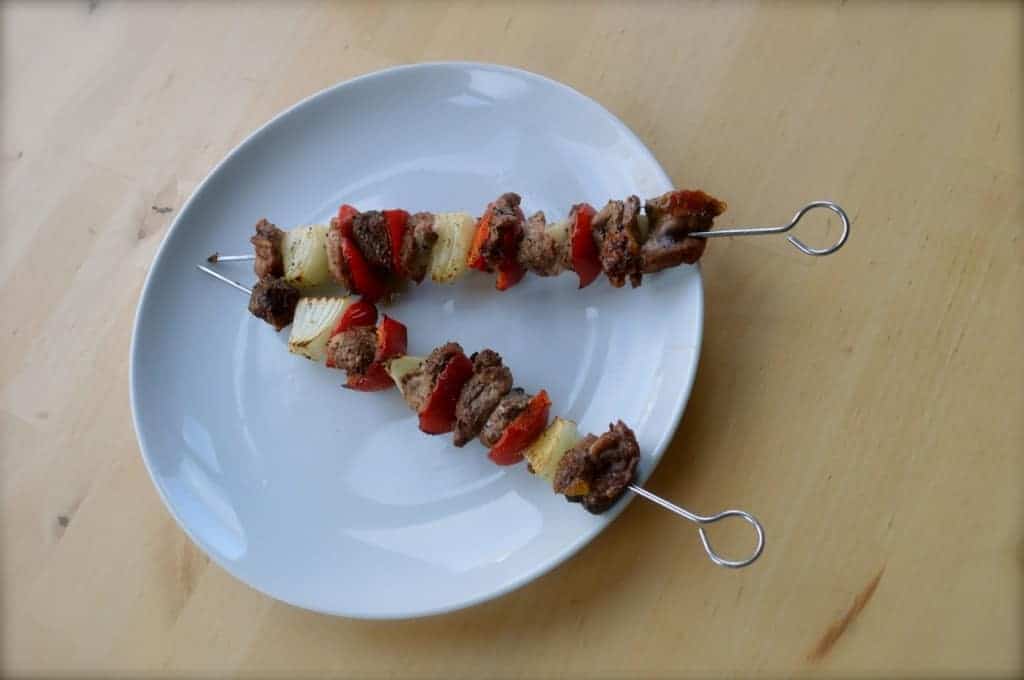 Like burgers, kebabs have a really bad rep. But again like their much defamed burger friends, I have a thing for a good kebab. They make me think of summer and barbecues, being with friends/family and generally have a great time. Maybe we should call them ‘skewers’ or something to differentiate between them and the dodgy stuff you get from a greasy take away, but whatever we call them, we shouldn’t ignore them.
For this particular incarnation, they were done under the grill, rather than on a BBQ, but whilst it imparts a slightly different flavour I’d say these beauties work both ways. Indoors with a glass of red wine, out with a slightly smokier taste and a beer – it’s up to you! I particularly like the addition of the peppers and onion here, plus the kick from the pepper, but there’s so much flexibility here with the type of meat you use, the vegetables (perhaps some courgette or a squash?) and the spices, so your imagination is the limit.
The point I’m slightly labouring here is quite simple though – don’t write off kebabs just because you’ve had one whilst ‘happy’ and regretted it the next morning. Whether it’s from the grill or a BBQ, they are delicious and exciting – and if you make them yourself you’ll at least know what’s in them! 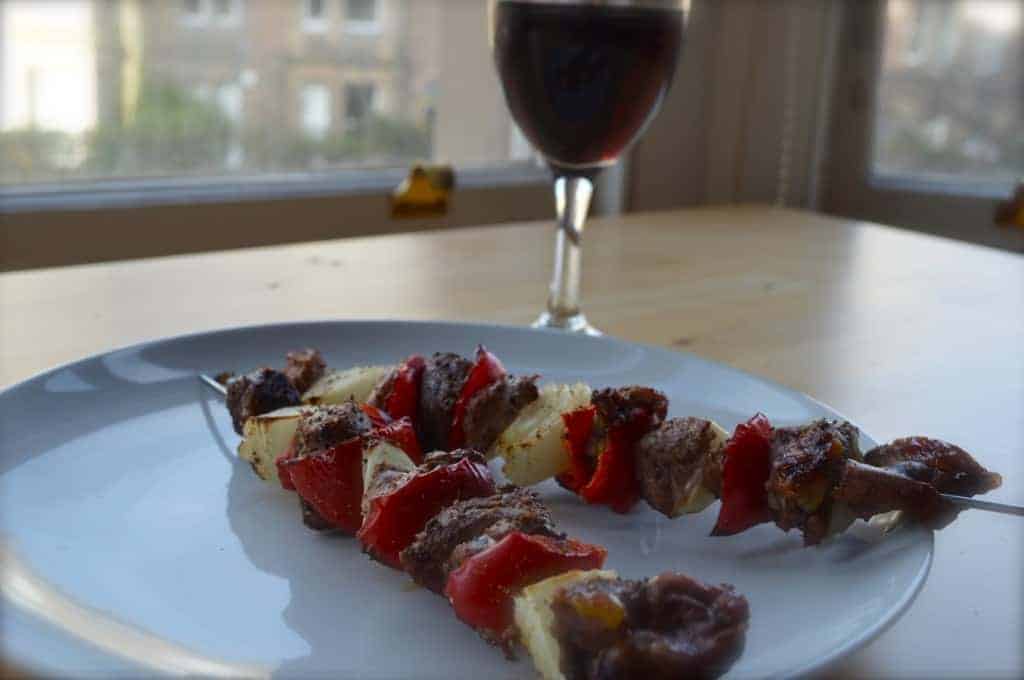 This recipe was produced from what was in my fridge at the time, so is an original to The Usual Saucepans. The mixture of meats in mine really work, but if you don’t happen to be in season for most of them (which we aren’t now) then just use one. Serves 2.

Take your meat and trim off any excess fat, if it’s not all roughly the same size chop them up a little. Set to one side and chop the onions (into about 12 pieces) and the pepper into chunks. Put it all in a bag and pour in the pepper, paprika and oil. Add a pinch of salt and seal the bag. Shake it up and leave it for half an hour to infuse.

When it’s all settled, take the meat and vegetables and arrange them on a metal skewer (if you’re using wooden ones, remember to soak them first!) in a fairly consistent order. Remember to pack them quite tightly, as they’ll shrink a bit when cooking and you don’t want them separating out whilst cooking!

Heat up the grill/BBQ and when it’s properly hot put the kebabs in/on. With a medium heat, they should cook in about 8 minutes – be careful though, as too long will dry them out. Use a knife and check if the largest chunk of meat is cooked – once it’s running clear, you’re good to go.

Serve with couscous or a salad, and a glass or bottle of your preferred poison.