Have you noticed the current en vogue vegetable? The humble cauliflower is really having its time in the proverbial sun just now; just go to Instagram or Pinterest at the moment and it’s everywhere. I try not to jump on food trends too much (seriously, when will ‘rainbow baking’ end?), but having resisted the lure of this one for a while I ended up trying out a recipe for a cauliflower taco bowl, and I am now a bit of a convert to the cauliflower cause. I doubt I’ll be making a pizza with it any time soon – I love pizza, but it’s all about the dough there – but I will without doubt be making this cauliflower taco bowl again. 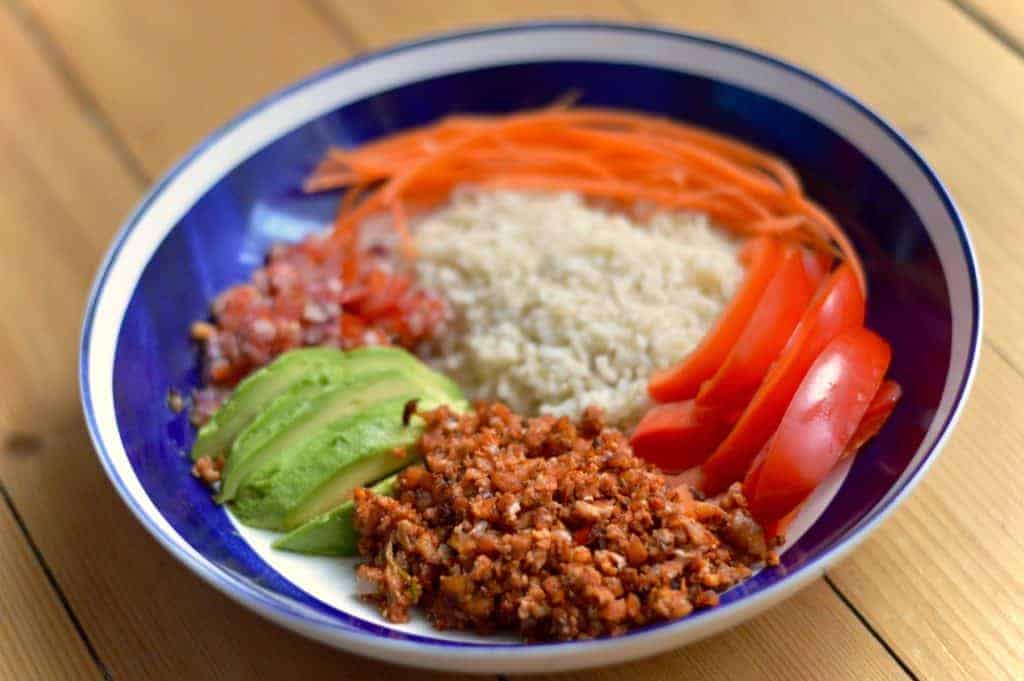 Whether you’re normally a vegetarian or, like me, adverse to the idea of a world without roast dinners, it’s good to have some meat free options in you week. Not to pull out that biology degree or anything, but we’ve not evolved to eat meat twenty-four seven. This is the sort of dish I would like to eat more off; it uses vegetables in a slightly different way and quite simply, it looks (and tastes) delicious.

OK, but cauliflower as a taco filling? I hear you on this one – I was quite sceptical too.

I came across a video for using cauliflower as a taco filling on Facebook recently from the wonderful Pinch of Yum. Sharing it and pondering whether it would be any good, the response seemed as intrigued as mine. Most times I would simply pass by and know I was probably right in thinking ‘almost the same as’ really meant ‘it’s totally not the same, it’s just a bit more rubbish’, but since it came from Pinch of Yum I thought I’d give it a go.

You know what? It works. It actually really works. Yes, that’s a tone of surprise in my voice.

The combination of cauliflower and walnuts means that there is actual texture to it when it is cooked. Some substance that is actually quite filling. The rest comes from the spices and tomato paste.

Taco filling is quite versatile, so you could use it in a lot of ways, but for simplicity I just put it in a bowl with rice, avocado, salsa and come carrots, it really doesn’t need to be fancy to be delicious and – given the general fruit and veg content here – quite healthy. 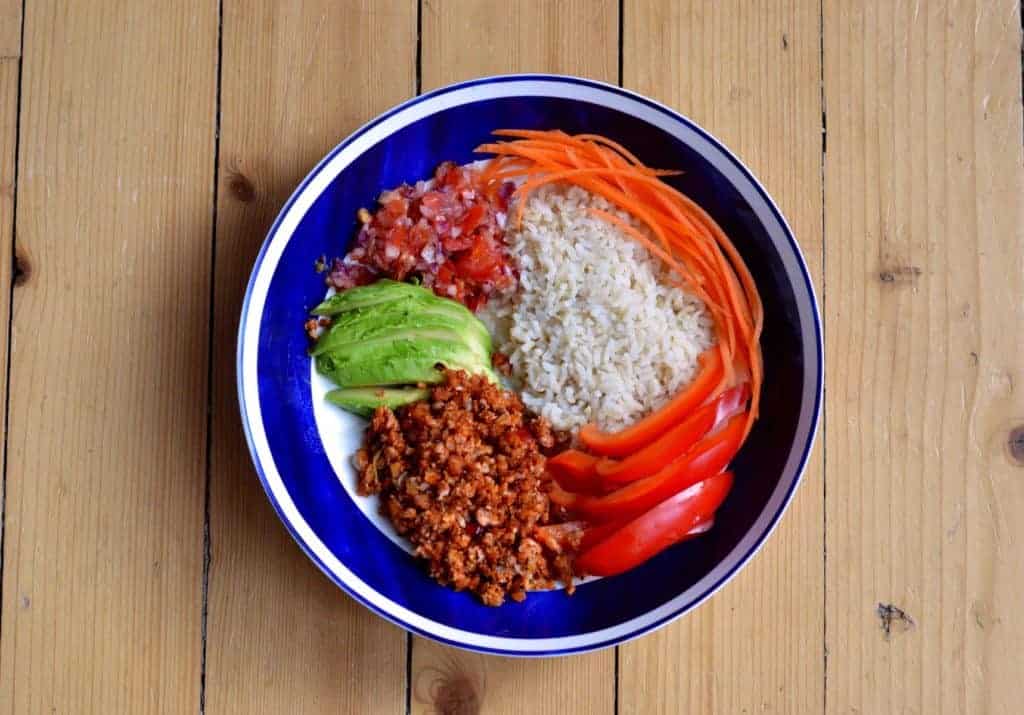 The idea for this recipe from a video on Pinch of Yum’s Instagram, but ended up just using the basic idea of using cauliflower and walnuts, the rest I made up as I went along. It serves two and takes about 30 minutes to make.

for the taco meat:

Chop your cauliflower into florets and put it in a food processor alongside the walnuts and other taco meat ingredients. Pulse until the mixture is roughly equal sized – it is essentially broken down into little pieces and then clumps together.

Spread the taco filling out on a baking tray and cook for 25-30 minutes, mixing it up about half way through so it colours evenly.

Put all your other bits and pieces into a bowl, then spoon in some of the taco filling and hey presto, a super healthy cauliflower taco bowl!