Like a fair amount of places, our office has a tradition that people bring in some form of baked goods or treats on their birthday. Since my birthday (a week or two ago now, just a little behind in writing) was a Saturday I considered pulling the ‘I wasn’t in on my birthday’ card, but since that’s not really in the spirit of it, and it’s an excuse for spending a little time in the kitchen I decided to go for it. But not to bake – to make a chocolate Crunchie tart. 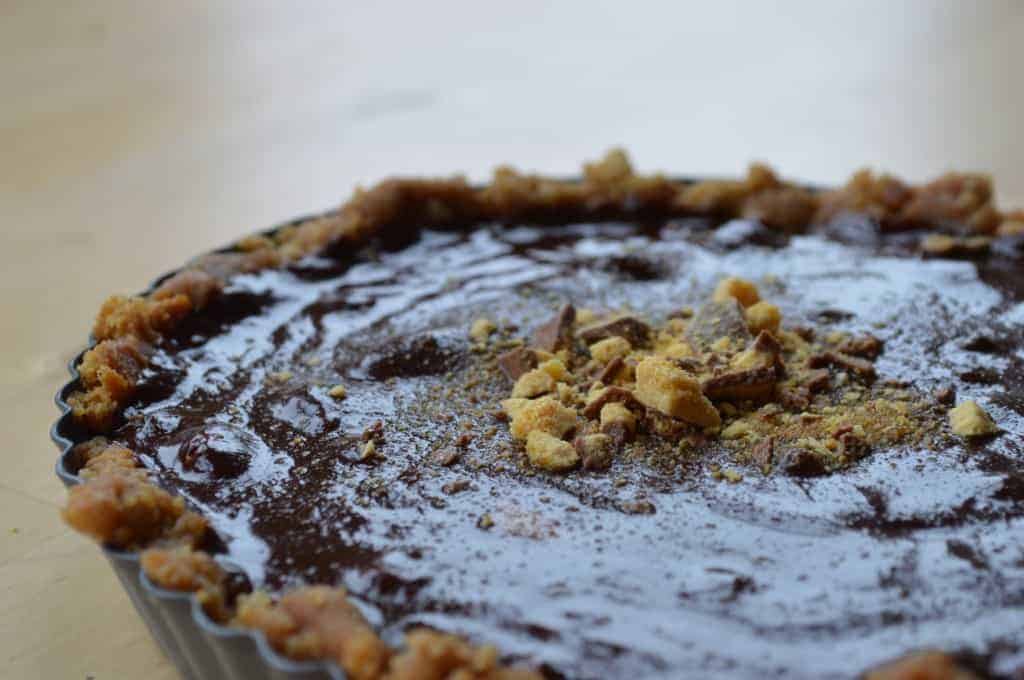 I guess to alleviate any ambiguity and innuendo I should call it a torte, but it seemed a shame to deprive those with a juvenile sense of humour (mine very much included) such a golden opportunity: ‘he brought us in a pair of tarts as a treat’’, ‘’I like my tarts cold’, ‘Oh, I prefer mine hot’’, etc.

So, what sort of torte/tart to make? Well, I like chocolate, so that seemed an obvious option, and I have a recipe adapted from some magazine – I forget which – I found about five years ago for a chocolate and pistachio tart with a biscuit base – a great tasting, but simple recipe that I could fit in making around those all-important weekend-long birthday drinks. 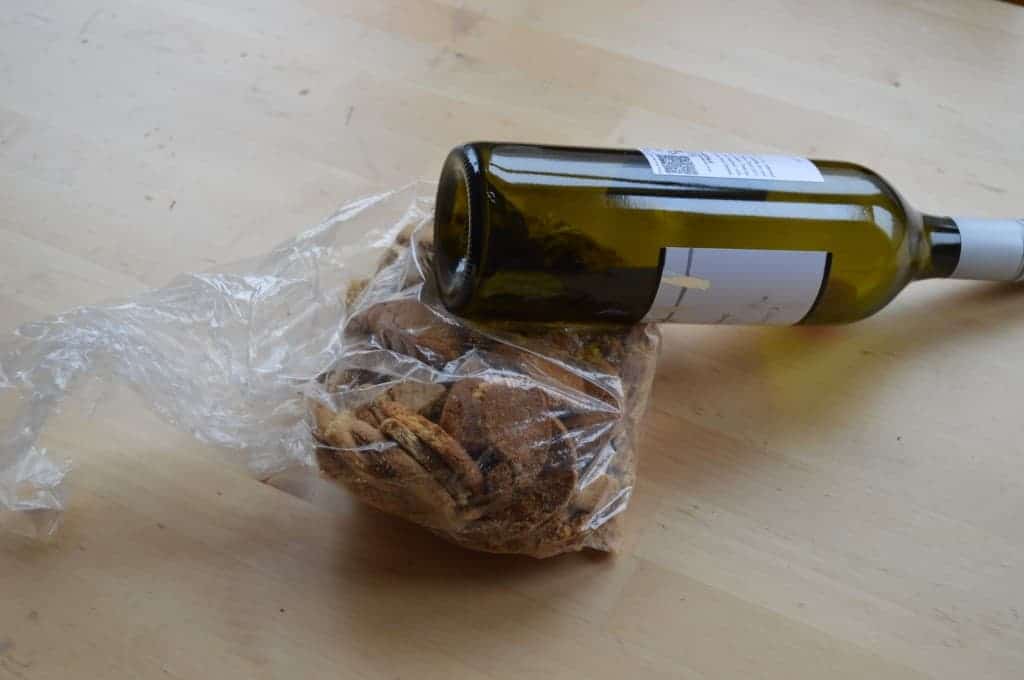 Only slight hitch is that I’m not a huge pistachio fan, so that needed some alteration, and a base of plain digestive biscuits is also lacking a little character, so adaptation all round was required. In the end I ended up mixing in some ginger nut biscuits to the base, for a kick, and spent a few gratifying moments on the living room floor, smashing up some Crunchie bars with a wine bottle – I am still yet to remember to buy a rolling pin – therapy at its best.

The honeycomb in the Crunchie bars gave both a nice texture element to the tart and combined with the ginger nuts in the base, the whole thing was lifted by the added flavours. I made two of the tarts, so there would be more than enough for everyone, but that didn’t mean there were any leftovers.

It’s safe to say this is a crowd-pleaser, and I’ve already been told off for throwing down far too high a bar for the next birthday treat provider! 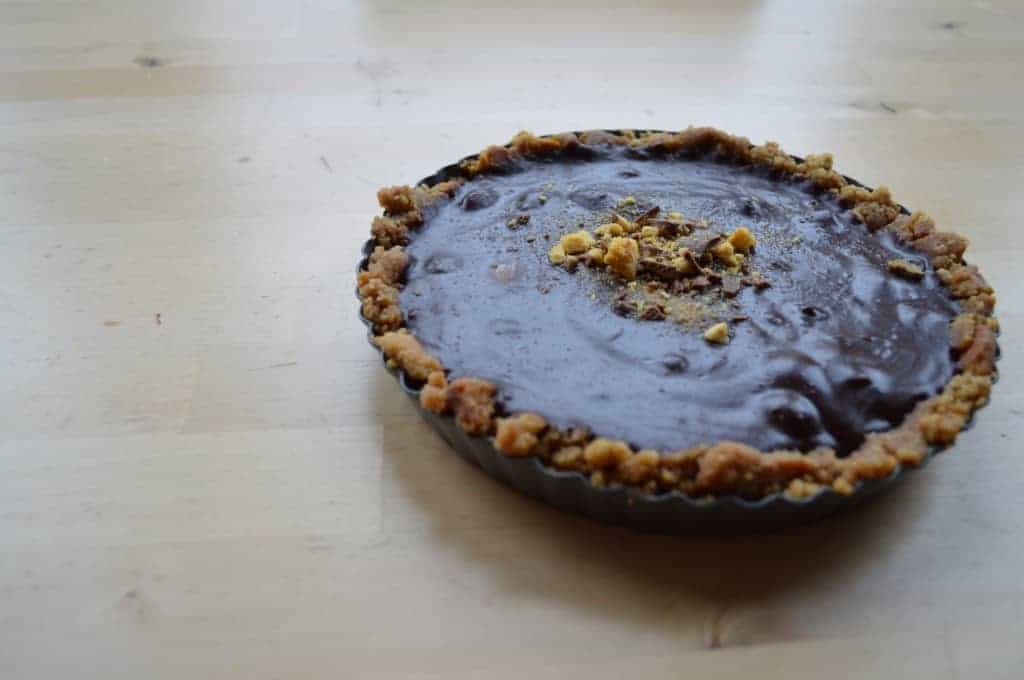 Although this recipe came from somewhere else, I feel it’s been altered more than sufficiently altered to appear here under its own name. It’s also a pretty flexible and forgiving recipe, so feel free to mix up the biscuits, restore the nuts or add in a splash or two of booze – it’s really up to you. It makes enough to fill one 20cm, loose-bottomed fluted tart tin – how many that feeds depends on how greedy you are.

Put the digestive biscuits and ginger nuts in a bag and bash the living daylights out of them with a rolling pin (or empty wine bottle, if preferred). Do the same to the Crunchie, but it’s easier to keep it in its wrapper.

In a pan melt 100g of the butter over a medium heat; when it’s fully melted remove it from the heat and pour the mashed-up biscuits in, stirring to ensure they’re all fully coated. Once fully coated, tip into the dish you are making the torte in and push into the edges and base with your fingers, ensuring that there are no gaps or holes.

To make the filling, crack the chocolate into a large glass bowl, then put it on a pan of water on the hob. With the water on a rolling boil below the bowl, allow the chocolate to melt. As it’s nearing melted, add in the butter in cubes. Mix the butter in, then gently stir in the cream and half the crushed Crunchie.

Pour the chocolate mixture into the biscuit shell – it’s best to not quite fill the case up – and sprinkle the remaining Crunchie on the top. Leave the torte in a cool place to set, but don’t put in the fridge immediately or the chocolate filling will lose its glossiness.

Take out of the tin and slice to serve, with a little more cream if you feel so inclined.

Used in this recipe