Are you sick of hearing how wonderful everyone is? People are either ‘detoxing’ (side note: science repeatedly points out this isn’t actually possible, and as a marketing professional I’ll let you into a secret – it’s just a ploy to get you to spend the money you don’t have), going on ‘juice diets’, or repeatedly posting instagrammed photos of them on runs in frosty, sun bleached countryside. I am.

Sure, I’m not going to pretend that my trousers aren’t a little tighter after a couple of weeks of indulgence, but fads are not my thing, it feels like it’s constantly dark and the weather is mostly like this: 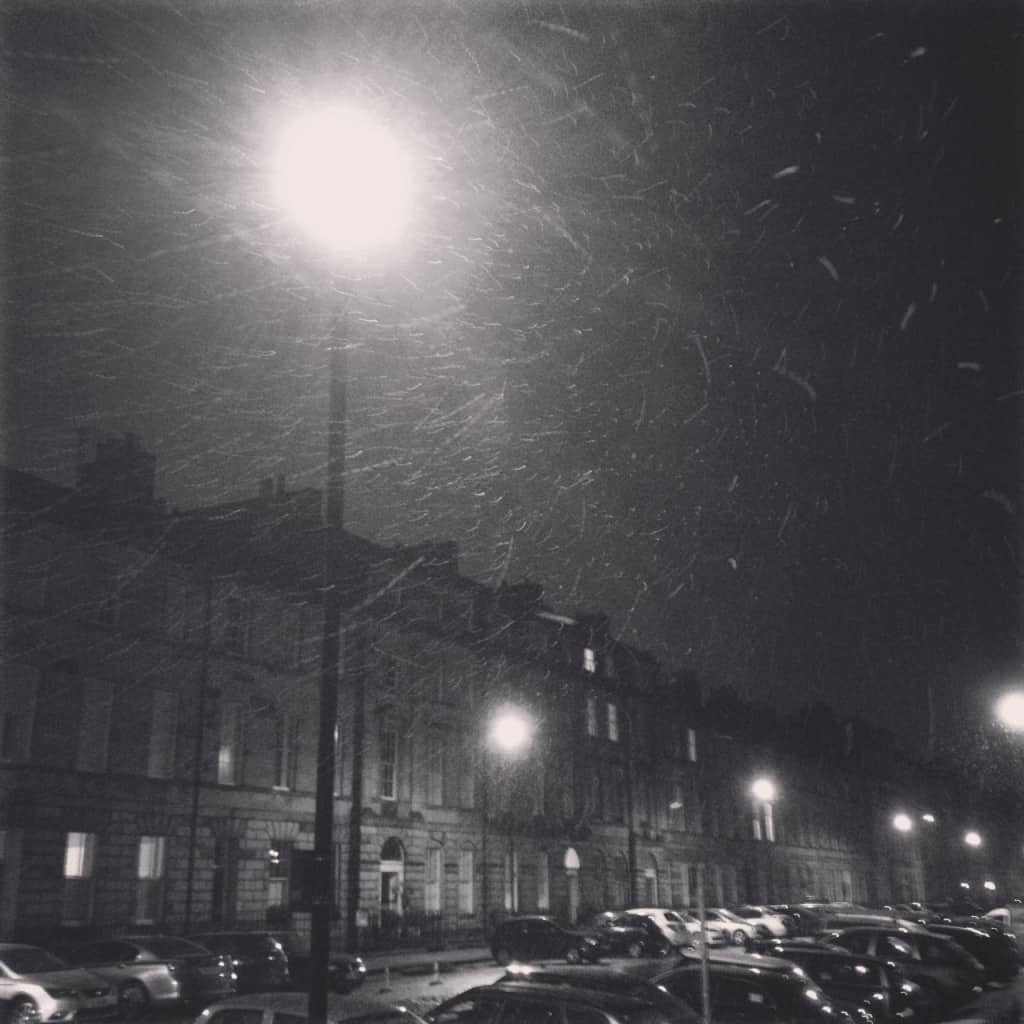 Perhaps I’ll try make a bit more use of that lapsing gym membership of mine, or make more use of my bike (if the weather is ever good again); but for now I think I’m happy being cynical. That is why I spent my weekend baking bread. I’m not doing it on purpose to annoy the ‘no carbs for January’ brigade, I just wanted to eat it. 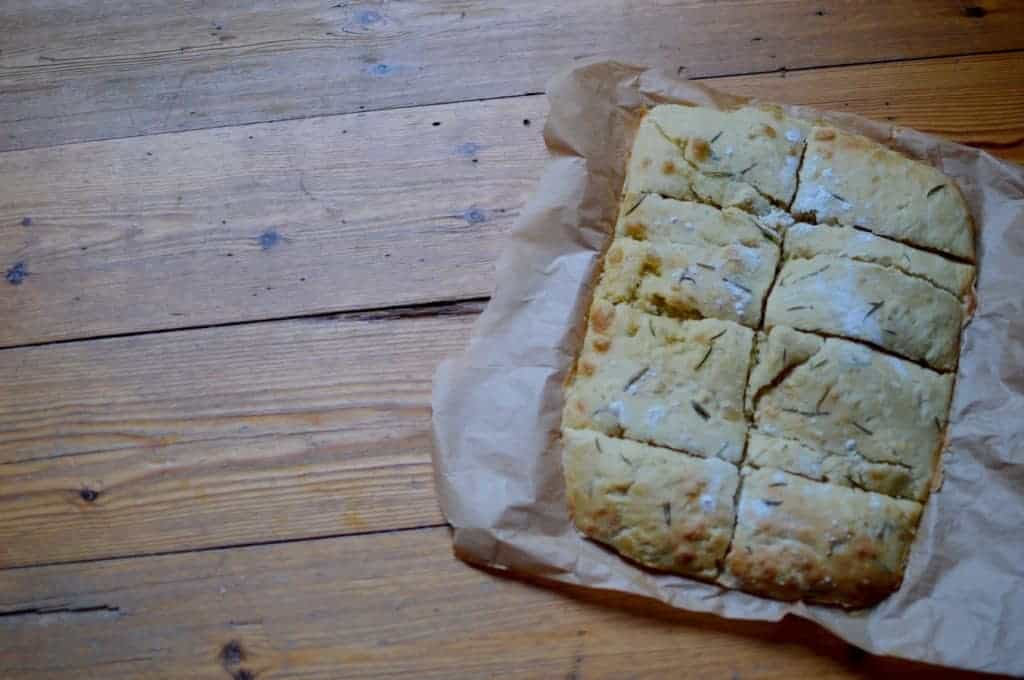 Ciabatta is a wonderfully kind of bread, and one which is relatively easy to make. This particularly version of ciabatta is loosely based on a Paul Hollywood recipe, although somewhat altered from the original idea. I really like rosemary, which is why I used it, but thyme or any ‘woody’ herb would work well. 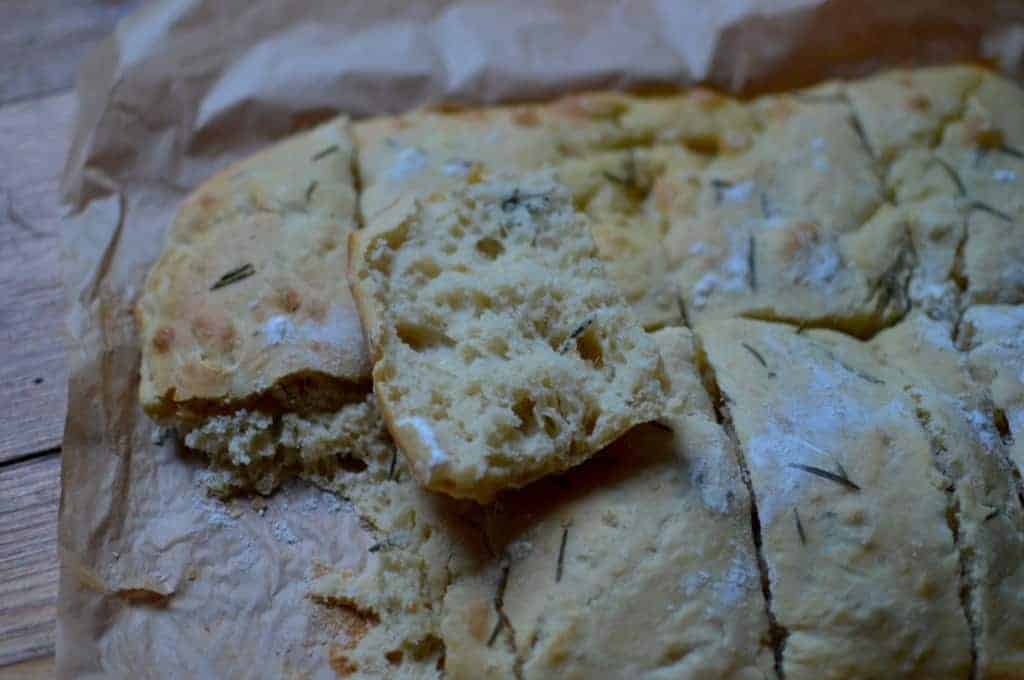 Take your flour and sift it into a large bowl, then put the yeast in at one side of the bowl and the salt at the other (don’t mix them, or you’ll kill the yeast). Drizzle the rosemary olive oil all over the top of the flour and then pour about 100ml of the water on as well. Then roll up your sleeves and get your hands into the bowl (or turn on the mixer, if you’re using one).

Work the liquids into the flour, then continue to add in the rest of the water. It will be a very wet dough, but that’s how it’s meant to be. Continue to knead the dough for 5-8 minutes until it is smooth. Then cover – I use a shower cap, but a tea towel works just as well – for at least an hour, preferably more. It should be at least double the size, preferably more.

Line a large baking tray (with baking parchment and rub with olive oil so it doesn’t stick) and preheat the oven to 200ºC.

Gently, without knocking too much air out of it, scrape the dough onto the prepared tray and spread it out over the tray. Mark the lines into the top of the dough, shaping it for cutting later, and scatter the remaining rosemary over the top with a little more flour.

Bake in the centre of the oven for 25 minutes until golden brown and it sounds hollow when you tap the bottom. Cut immediately and then allow to cool.

Enjoy either slightly warm or cool later on.