All hail – Autumn is here! The days suddenly seem a lot shorter, there are golden and bronze leaves scattered across the street and the temperature is dropping. I actually quite like autumn, but this is mainly because it’s full of delicious fruit and it’s now once again the season where absolutely everything can contain cinnamon.

With Hallowe’en just around the corner and autumn firmly here everyone seems to be going pumpkin mad. I was in a supermarket the other day that there was an enormous stack of the orange beasts, many bigger than my over-sized head. Clearly I needed to get on this bandwagon and get baking.

The big display of pumpkinery made me (clearly foolishly) assume that I’d have no issue getting some tinned pumpkin (you know, the american stuff they use in pumpkin pie). Well no. I searched in vain and when I asked one of the staff the look I got would make you think I’d asked for tinned human flesh or something. 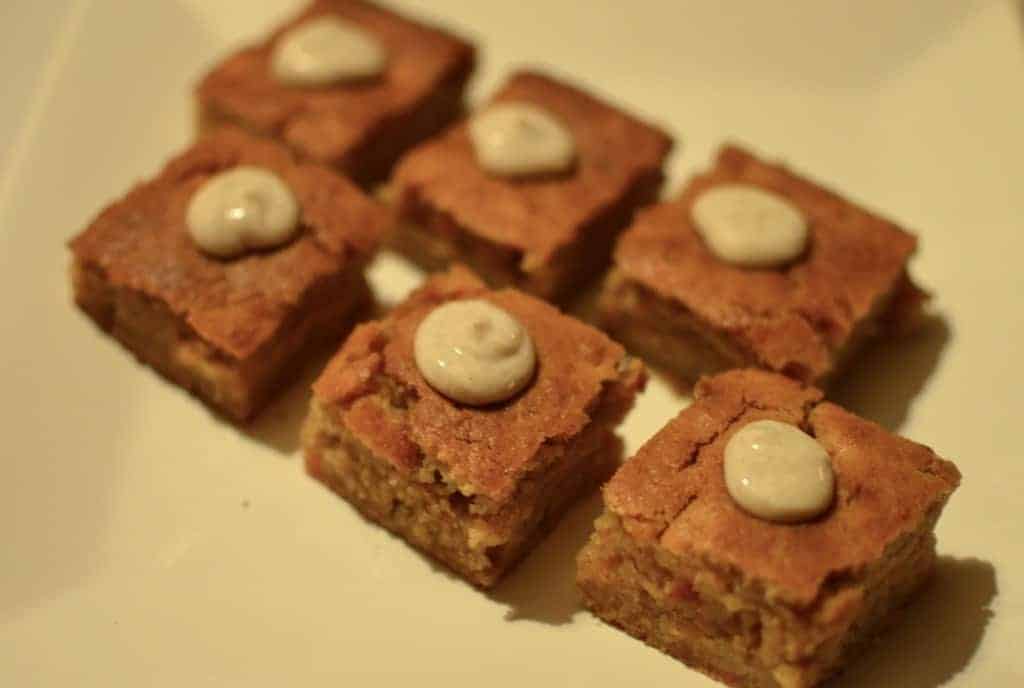 I thought the stuff was everywhere these days – clearly not (and no, I didn’t really have time to puree a real one). Having made a cake to eat whilst watching the first episode of this year’s Great British Bake Off (it was grapefruit and orange – it’s over here), I was intending on a seasonal bake for tonight’s final. Never one to be deterred by such setbacks I ambled round the shop thinking and remembered that one of my friends had told me last year that using sweet potato instead of pumpkin in a pumpkin pie worked just as well – same colour, texture and flavour that will be overridden by the spices anyway.

Geared up I went home and sorted everything out before realising my cake batter to bun case ratio was all wrong and I didn’t have enough bun cases. Thankfully there’s a deep baking tray in the cupboard, once again disaster avoided. 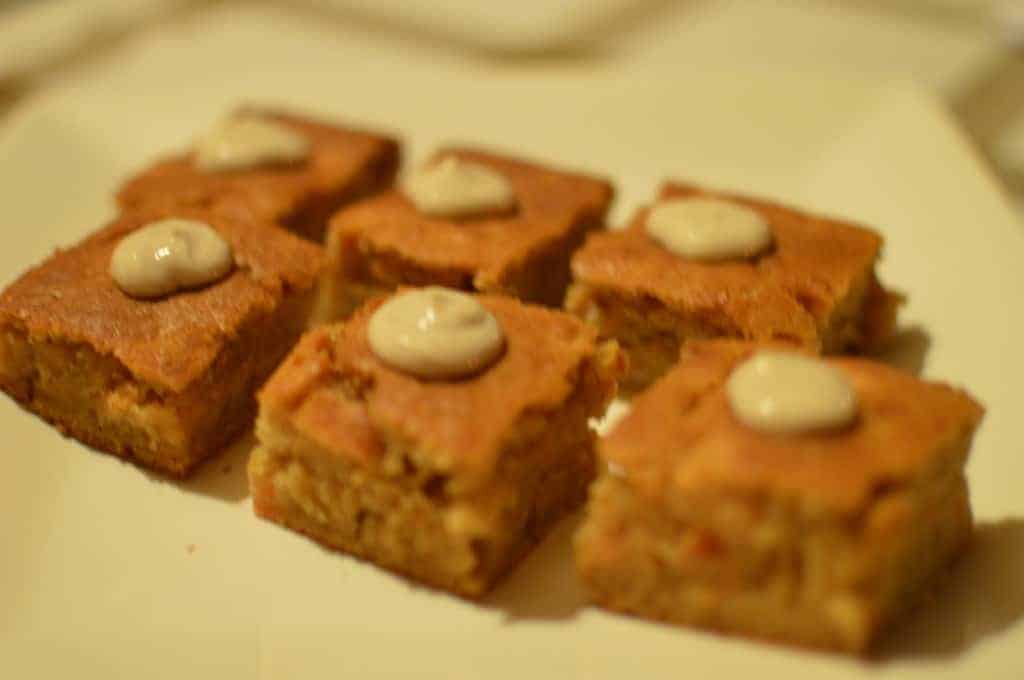 And so the picture-perfect Pumpkin Spiced Muffins I had intended on became a Pumpkin Spiced TrayCake made with sweet potatoes and not 100% presentable (and dark, so terrible for photos). But there is cake, and pretty tasty cake at that, if the early samples are to be believed.

I don’t think I’ll be applying for the next series of the GBBO, better just sticking to the baking at home and eating it part. 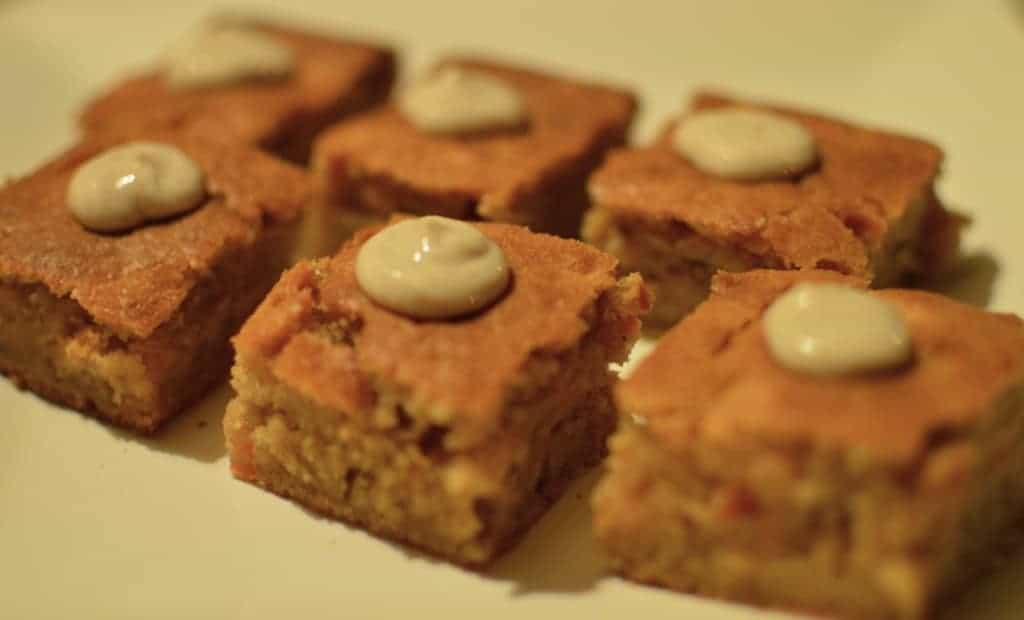 This recipe is a combination of a few that I found around the internet, but probably owes most to this one on the Pioneer Woman. I couldn’t get pumpkin puree, so had to innovate and ended up using sweet potato (if it can go in Pumpkin Pie, then it’ll do nicely here). It makes about 24 muffins or one 15x25cm deep ‘traycake’

Peel your sweet potato roughly chop it into small chunks, put this in a pot of boiling water and cook until a knife goes in and out easily. Drain and then mash with a little splash of milk until almost smooth. Preheat the oven to about 180ºC and grease a deep baking tray that’s roughly 15x25cm.

Sift the flour, cinnamon, nutmeg and salt into a large bowl, then add in the sugar and butter. Cream all the dry ingredients together and ensure there are no lumps.

In the pan you mashed your potatoes (assuming they are now quite cool) add the wet ingredients – the milk, eggs and vanilla. Whisk this mixture together until it is a paste, then fold it into the dry ingredients.

Fold the mixture until it is fully combined – do not over-mix or it will make a denser sponge. Pour the batter into the tray and bake in the centre of the oven for 18-20 minutes, or until a skewer comes out cleanly. Allow to cool with at least the first ten minutes in the tin.

Once out of the oven make the frosting. Mix together the cream cheese, icing sugar and cinnamon until smooth. Fill up an icing syringe and then place in the fridge to firm up again whilst the cake cools.

When cool you can decorate. Cut the traycake into squares (approx. 4x4cm) and then pipe a small swirl of the frosting onto the top. Ensure the cake is cool when this is done or the peaks will melt (like mine).

Enjoy the a cup of coffee.