What? Vegan baking on The Usual Saucepans? Weird, right? But stick with it and you’re going to discover a few things. Today we’re talking about something both a little less ordinary, but none the less delicious: an easy vegan carrot cake. Yes, really.

I like to keep a healthy dose of skepticism in most things I do in life. Not a grumpy old man level (well, ok, sometimes it’s that), but one that suggests that if something sounds too good to be true it’s worth doing a bit of digging before committing.

And so it is when it came to making a vegan cake. Not outright dismissal, but a pleasant level of curiosity about how it could possibly work without eggs. Or dairy. Because dairy products are my go-to default, especially in baking. 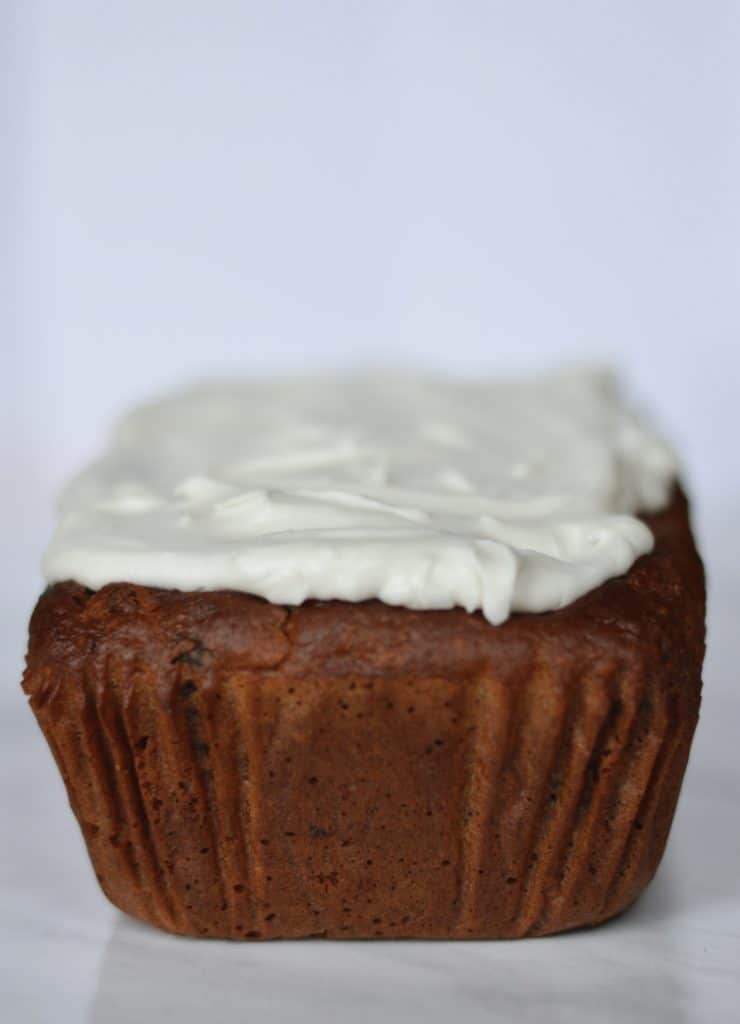 How did this come about? Well, because I have a big mouth and penchant for a challenge. A few of us were going to a friend’s house for the evening. Dinner, a few glasses of something, much petting of their dog. You get the picture. So I volunteered to bake something we could have for dessert or munch on throughout the evening. The words barely had time to have the little read icon by them on the group chat when I remembered that said friend is a vegan. Cue. The. Fear.

Not one to shirk a challenge though, I went about researching, learning how to make flax eggs and options for buttercream to decorate that feature neither butter nor cream.

Turns out vegan desserts are quite hard. Main course is relatively straight forward (try cauliflower taco bowls, slow-roasted tomatoes with Moroccan couscous or a vegetable bake for more) and we all know that making food from vegetables, pulses and legumes can be delicious; but desserts? Well those rely quite heavily on eggs and dairy. Not one to turn up with a fruit salad though, I opted for this vegan carrot cake. 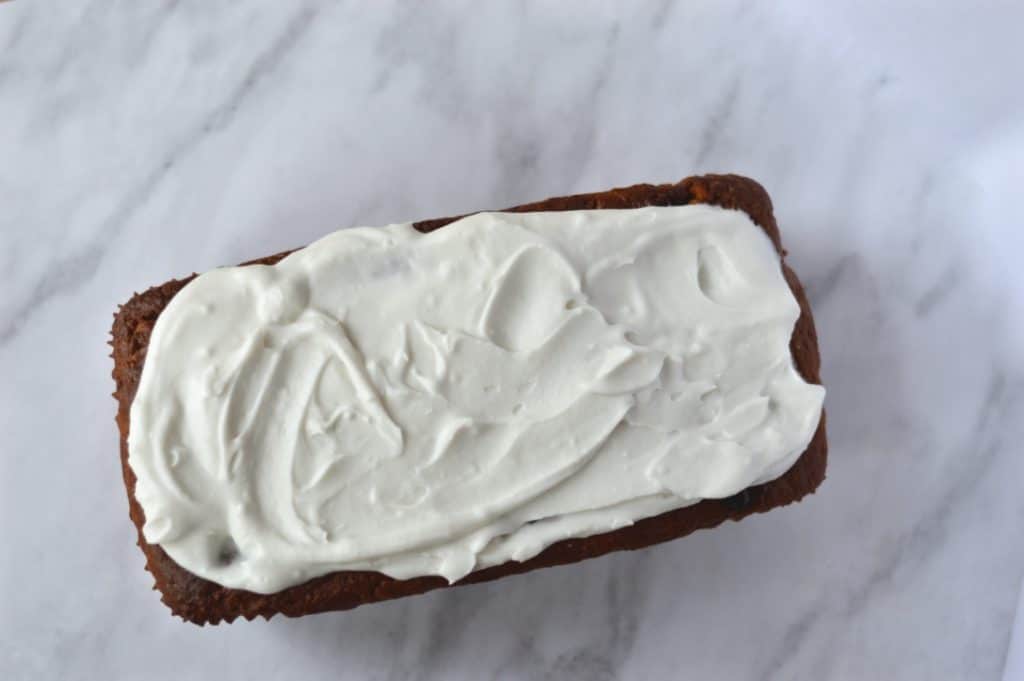 It’s an amalgamation of several sources I found online (the Minimalist Baker opened up many, many doors for me on this one), but it works and was absolutely delicious. And actually didn’t really taste any different to an ordinary carrot cake. Perhaps vegan desserts aren’t so bad after all.

What was a revolution though – and one that will be featuring in many more desserts in the coming months – was the coconut topping. Holy crap that thing is delicious. Essentially you get a can of coconut milk and separate it into the cream part and the liquid (sounds complicated, but basically you leave it in the fridge overnight and then open it carefully) then mix in some icing sugar and vanilla extract. The result is heavenly. I ended up eating the leftovers with a spoon.

Let’s be real, this little adventure isn’t going to turn me vegan, but now I’m going to be a little less terrified when it comes to sharing the baked goods love with vegan friends. And if you make the mistake of saying you’ll bake before realising it’s trickier than you think – or you’re just curious – then I’d suggest giving this carrot cake a go. And the coconut topping, you definitely need to make that, even if you just want end up eating it with a spoon… 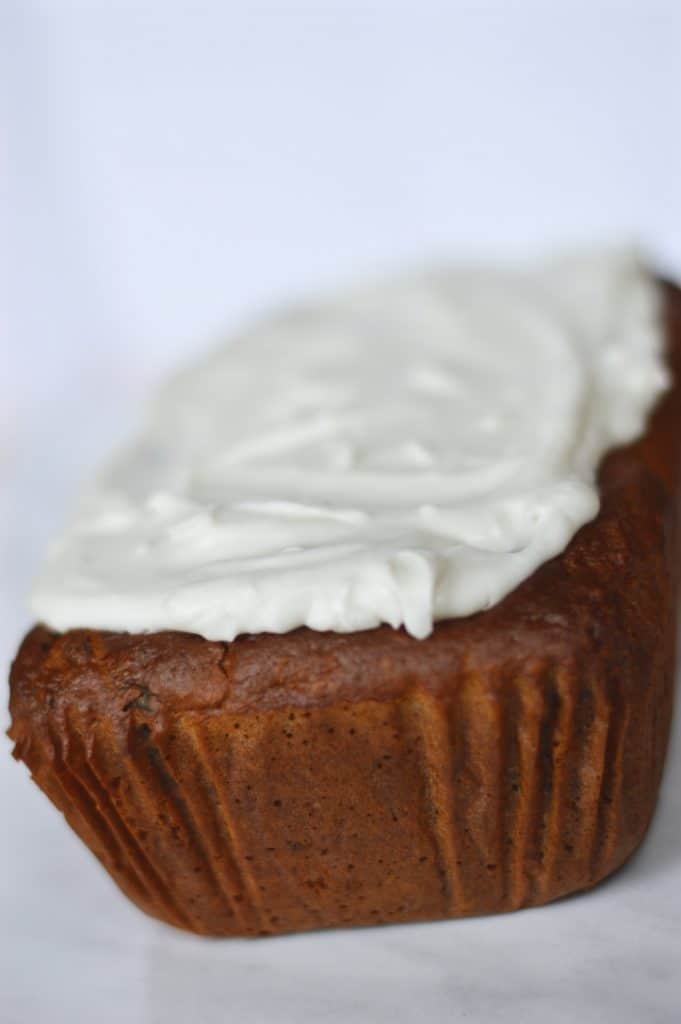 This easy vegan carrot cake is perfect those when you’re feeding people with a bunch of different dietary needs. Naturally it’s vegan, and to make it gluten free just switch out the flour, nice and easy. I made mine as a loaf cake, but you could just as easily do it in layers for more of a showstopper.

The night before, pop your coconut milk in the fridge. Leave it there and don’t knock or tilt it – you’re looking for it to separate.

Preheat the oven to 170 C and line a 900ml/2lb loaf tin (I use liners, because it’s just much easier, and they’re compostable).

In a large bowl make the flax eggs – mix the flax meal (if you have seeds pop them in the blender for a few seconds) with about 8 tbsp of water, stir and leave to sit for a few minutes. Whilst the ‘eggs’ are resting, grate your carrots.

Once ready, add the oil and maple syrup to the bowl. Whisk together and then add in the baking powder bicarb, salt, cinnamon, sugar and applesauce. Mix together into a paste.

Add in the soya milk, then the carrots and finally the flour, mixing gently all the time. Add the raisins and gently fold them in. The batter should be thick, but pourable. If it’s too thick, add a little more soya milk.

Pour into your loaf tin and bake in the centre of the oven for 75-90 minutes, checking if a skewer comes out clean every ten minutes or so after 70 minutes.

Whilst the cake is baking, make your topping. Take the tin of coconut milk out of the fridge and carefully open it. If it’s worked, the liquid and cream will have separated. Scoop out the white cream into a cold bowl, add in the vanilla and icing sugar, beat together until smooth. Put back in the fridge until the cake is baked and cooled, then gently spread across the top of the loaf.

If something goes a little wrong with your can of coconut milk and it didn’t separate, try adding a couple teaspoons of cornflower or tapioca flour, this should thicken things up sufficiently without changing the taste too much.