Shortbread has a bit of mystique around it – I asked a couple of baker friends about it, but no one seems to make it. It’s got this air of difficulty about it with everyone assuming something so delicious is pretty hard to create. Turns out, it’s pretty easy so I thought I’d try a Christmas version – cinnamon and amaretti shortbread.

My family loves shortbread, Christmas just would not be Christmas for us without trays of the stuff being made and eaten. We love shortbread, as much of a raging stereotype as it is. It’s almost come to blows before when there aren’t enough pieces left, and whilst that sounds like a huge exaggeration it’s not as far from the truth as you might imagine. I’m getting ahead this year and making my own first – what better way of ensuring I get lots is there? 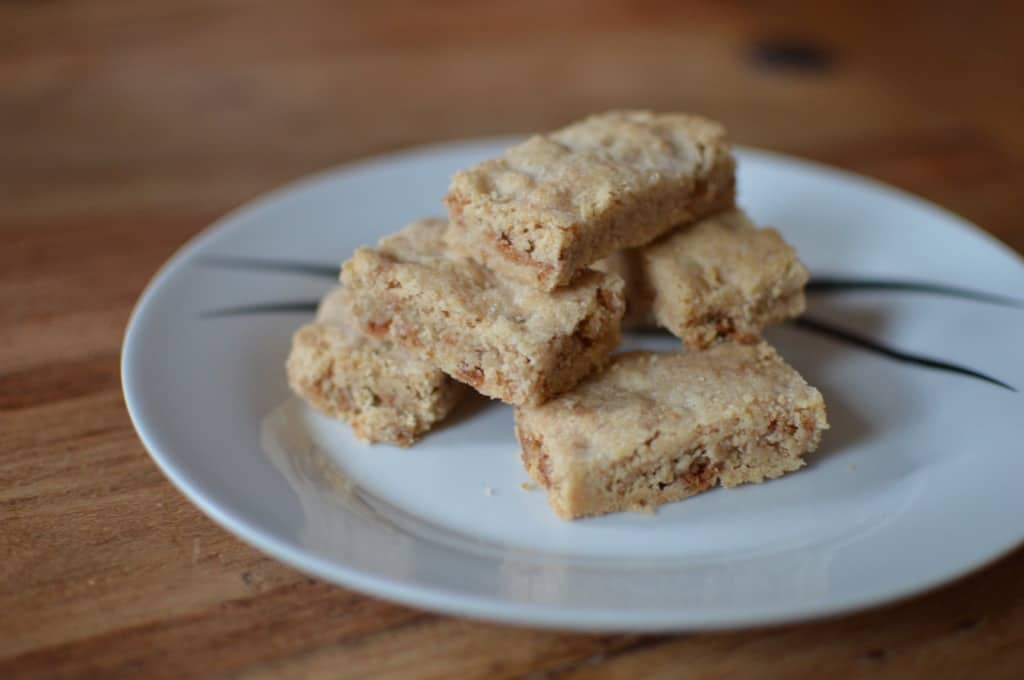 Coincidentally, if you aren’t making this primarily for your own gratification, it makes an excellent homemade Christmas gift or goes down really well as a gift to take to someone’s house if you’ve been invited over. It’s really a bah humbug that would turn down some cinnamon and amaretti shortbread.

The idea came from an edition of Delicious. that I bought a little while ago, where it suggests a walnut shortbread to go with pears you poach in port. Delicious as this sounds (sorry not sorry for the pun) I had other plans and so the shortbread became filled with cinnamon and crushed amaretti biscuits and the pears poached in mulled wine (which we just had to drink afterward, such a hardship…). There are no photos of the final result (it didn’t seem right in the middle of dinner/I got too excited and ate mine…) but I grabbed some shots of the shortbread earlier in the afternoon. I’ve been eating the rest as a standalone and it’s fantastic. Perhaps I should make another batch for New Year… 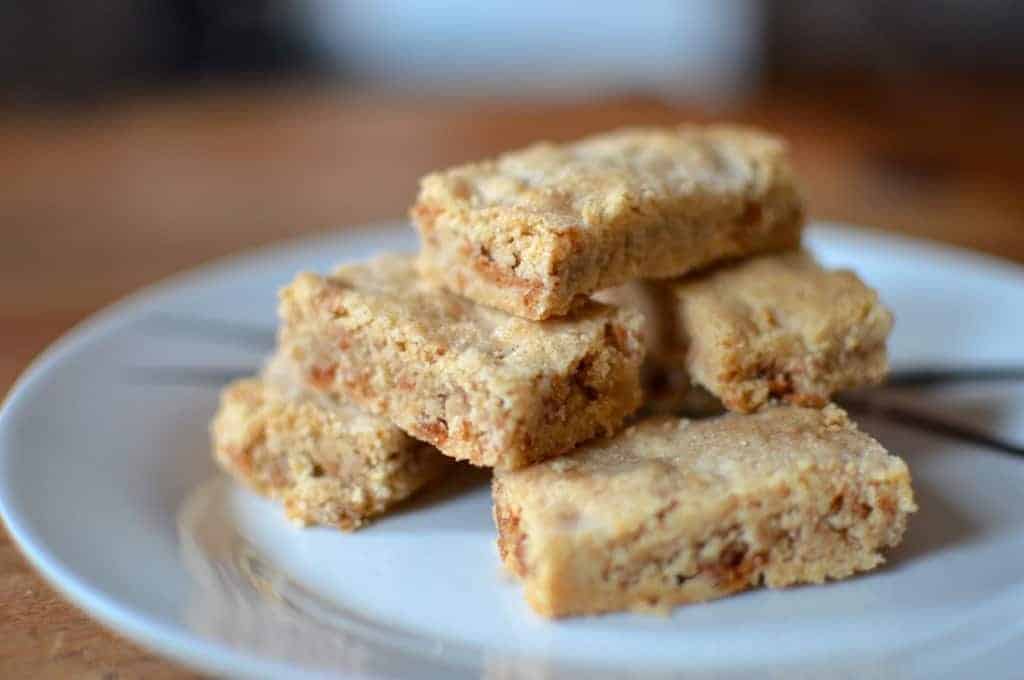 This recipe is based on an old family shortbread recipe and one I found in the November edition of Delicious. it’s great to go along with mulled wine poached pears or simply to eat on it’s own! You should get about 16 bite sized pieces from it.

Line a baking tray which is roughly 20 cm² (if like mine yours is rectangular, use tinfoil to make it square).

In a large bowl beat together the butter and the sugar (it’ll be easier if the butter’s soft) until the mixture is smooth. To this bowl add a small pinch of salt, the flours and the cinnamon. Work the mixture with your hands until it is a crumb-like mixture. Now take your amaretti and crush them in your hands, scattering them into the bowl on top of the mixture.

Bring the dough together (use a little drop of milk if it is too loose) using your hands until it forms a ball. Then press it into your pre-lined tray. Sprinkle a little more caster sugar over the top and chill in the fridge for about 30 minutes.

Bake in the oven for 40 minutes. After 20 minutes take the tray from the oven and score the top of the shortbread into 16 pieces. Return to the oven for the remaining 20 minutes. At the end of the cooking, cool for 20 minutes in the tray, then cut fully and allow to cool completely before serving.