Chocolate and Ginger Cake with Orange Icing: A Recap

If it wasn’t already apparent from the recipe categories along the top of the blog and those down the side I quite like cake. In fact, I’ve always loved cake.

One of the best times for cake is, of course, birthdays and it has become a bit of a tradition in our family that you get a home-made birthday cake if you are around on your birthday (I’m slightly concerned that I’m going to miss out this year being a an oh-so-far 15 mins drive down the road). My mum is the birthday cake master – think numbers which double as runways, zoos, After Eight cakes, you name it – so it is normally her that dons the apron and fires up the oven. But this leaves a bit of a quandary when it comes to her birthday – who makes it? Well, if I’m about, it’s yours truly. 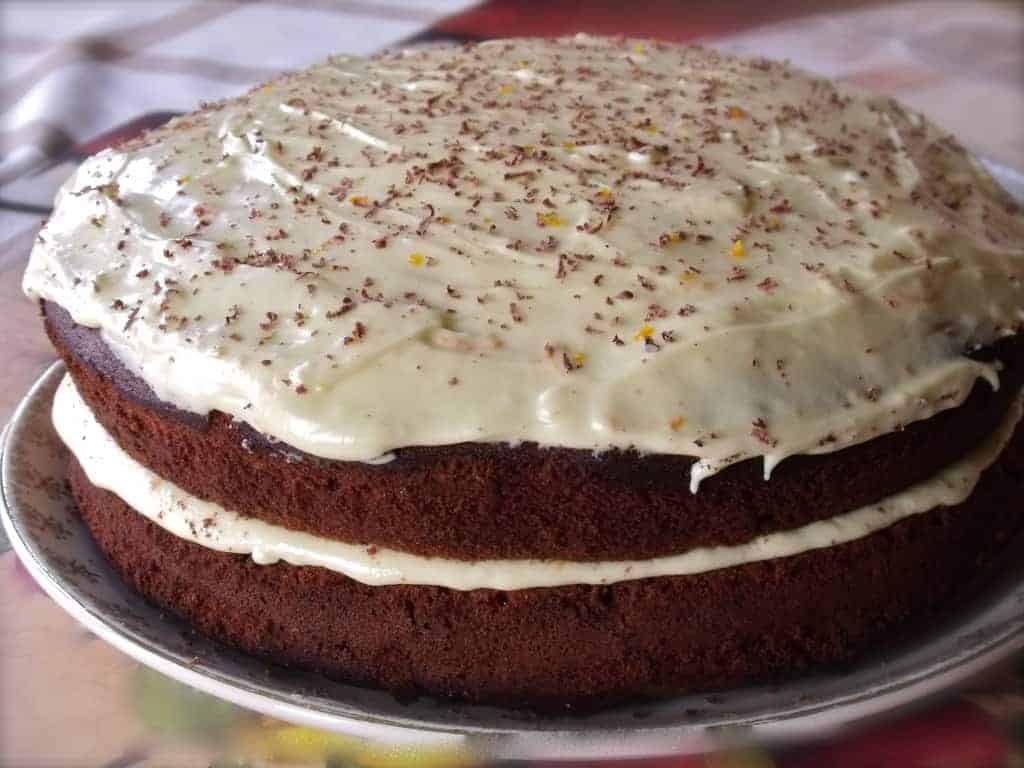 This isn’t actually 2012’s cake, but that of 2011. It was on my old blog, but I like the recipe so much I thought I’d bring it to The Usual Saucepans to brighten up everyone’s Monday. It also brings it to the front of my mind, which means I might just have to make another one soon. So, from the mists of 2011 here is the chocolate and ginger cake with orange icing. 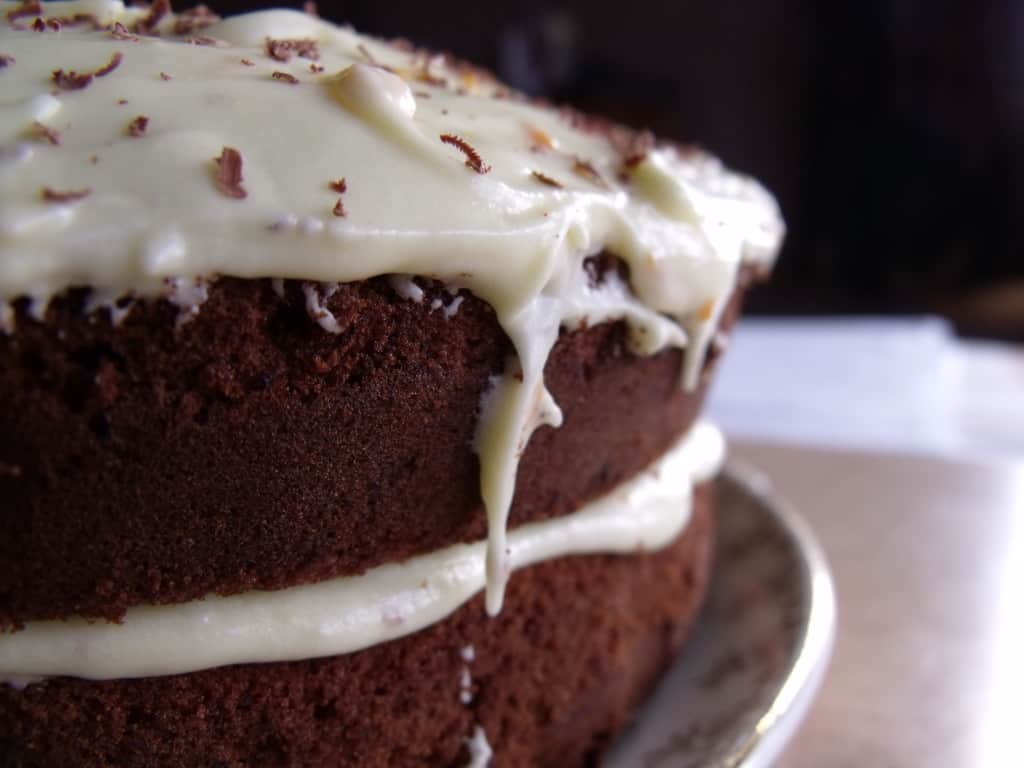 This recipe is an original creation. It makes a two-layer 20cm cake.

Cream together the butter and the sugar until they are combined, then sieve in the flour. In a jug whisk together the eggs and vanilla before adding this into the cake mixture.

Melt the chocolate in the cream (I did it over a pan of boiling water, but the microwave works equally well) and then whisk this into the cake mix.

Add in the ginger and the cocoa powder. Beat the mixture until it is light and fluffy.

Using a spatula, pour the mixture into the two cake tins and cook for 15-20 minutes, or until risen and springy to the touch. Take out of the cake tins and leave on a wire rack to cool.

Mix the icing sugar, butter, orange juice and half of the orange zest to make the icing.

Put a layer between the two sponges and then spread the rest over the top, smoothing it down as you go.

Scatter the rest of the zest over the wet icing and then grate the remaining chocolate over the top. Allow icing to set before serving (birthday candles optional!).