Well, it’s been about a week since the cinnamon jar left my cupboard, so I think we can all agree it is high time it was brought out of solitary confinement and put into a cake. Today it’s an recipe with autumn written all over it: pumpkin and cinnamon loaf cake.

In this, the season of pumpkins and squashes being stacked high and wide, it seems like the time to bake a cake that celebrates the pumpkin in a way that’s not carving a face on it. I quite like pumpkins and squashes – if you think they’re bland and watery, it’s probably because you’re eating a variety grown for size and ease of carving, rather than flavour – and whilst they’re great in soups, stews and the like, I also love to bake with them. The perfect partner for things like cinnamon and nutmeg, it’s a deep flavour that isn’t overly sweet; hence a pumpkin and cinnamon loaf cake. 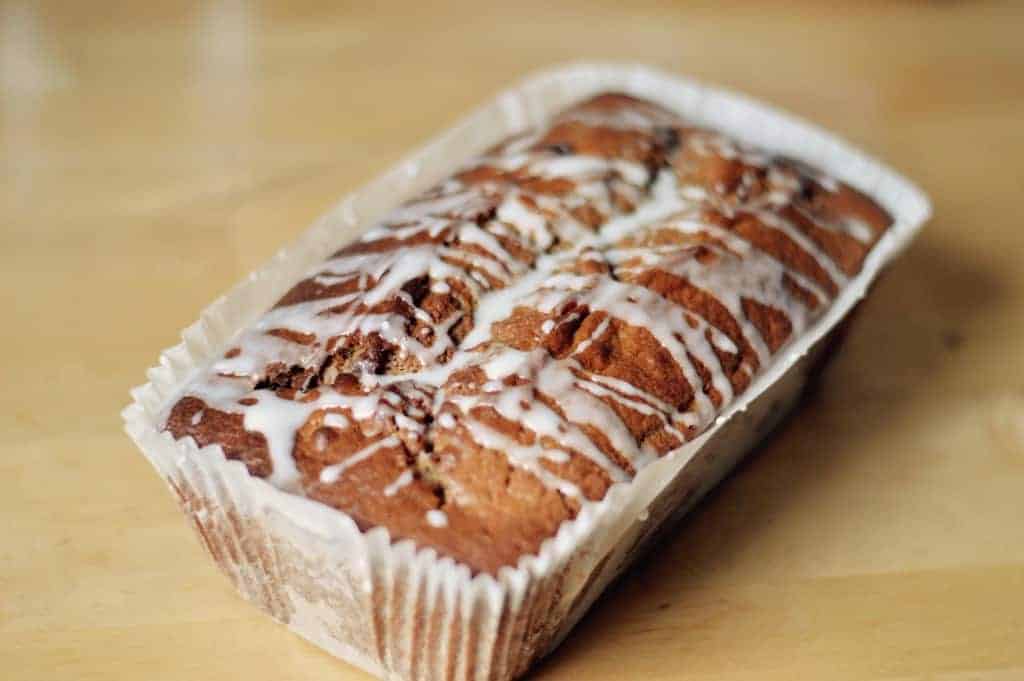 Did you know though that there’s no such thing as a pumpkin? Or rather, no one thing. There are loads of different varieties out there, we tend to think of the big, orange variety as a ‘pumpkin’, but depending where you are in the world even this isn’t necessarily one variety. ‘Pumpkin’ is more a catch-all term used to describe what we think for Hallowe’en. There’s a whole world of squashes and pumpkins out there to explore. If you’re not sure where to start though, the BBC’s Food Programme did a great episode about pumpkins and squashes recently, it’s well worth a listen.

But back to loaf cakes and cinnamon.

For this one I used some pumpkin purée I made myself (basically it means roasting a small pumpkin in chunks and then scooping it out into a blender and making it silky smooth), but if you aren’t feeling it, the stuff in a can will work too. There’s no judgement here, but it will probably make your loaf cake sweeter. If you’ve got a butternut squash kicking about, that will work too. I also used light brown sugar – it goes well with the spices, but also helps to give a richer colour and taste. 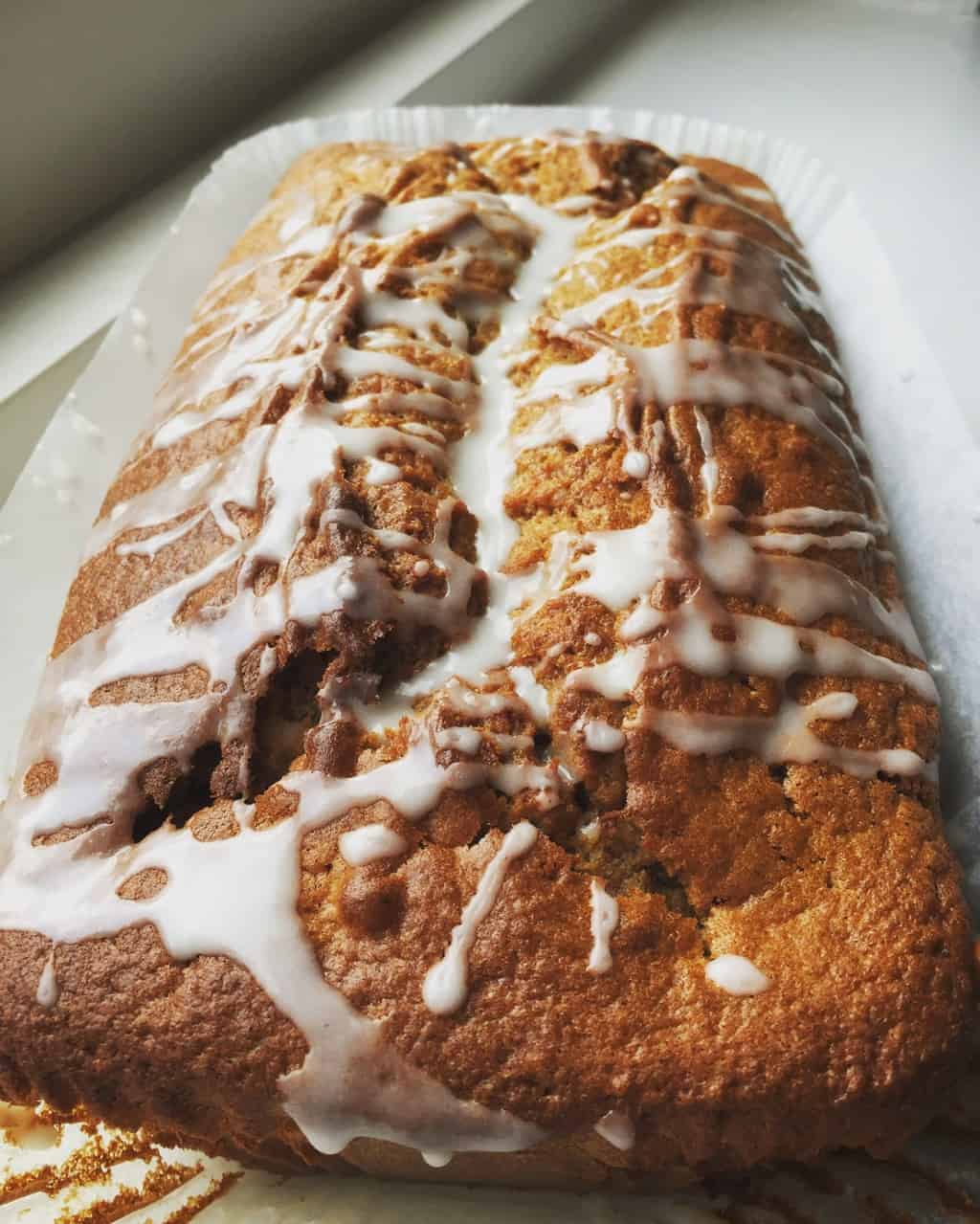 This recipe was the result of looking at something on Instagram and deciding to work out how to make it, so it is an original recipe to The Usual Saucepans. It makes one standard sized loaf cake.

Start by preheating the oven to 180ºC and greasing your loaf tin (or better still, use a loaf tin liner, much easier!).

Cream together your butter and sugar using a wooden spoon – or a mixer – until it is virtually smooth. In to this add the flour, baking powder, cinnamon, nutmeg and mace. Mix together gently until it starts to come together – it will be a really thick mixture. Whisk together your eggs, pumpkin purée and yoghurt, then add into the main batter mix and slowly start to beat together (it will look pretty terrible, but stick with it). Once the mixture starts to combine properly, up the speed of your mixing until it is fully combined and smooth. Beat for another 30 seconds or so to get as much air into the mixture as possible. The batter will be quite slack.

Pour into the loaf tin and bake in the centre of the oven for 40-50 minutes until a skewer comes out clean.

Cool for about ten minutes in the tin then remove and cool fully on a wire rack.

Once fully cooled, mix together your icing sugar, vanilla and a little water. Scatter over the top of the cake and let set.

Serve with a large mug of coffee and a roaring log fire!