Taking a Bite out of the Big Apple

Everyone wants to be a part of it, New York, New York. I wanted more though, I wanted to take a massive bite out of the big apple.

In case you (somehow) managed to miss me bouncing about like an excited eight-year-old before I left, I was on holiday – sorry, vacaaaaaaation – in the USA a couple of weeks ago. I was there mainly for a good friend’s wedding, but I wasn’t going that far and not making a trip out of it. So following in my tradition of taking holidays that don’t involve a fortnight on the beach I took 15 days off and went to New York, the wedding in rural New Jersey, Philadelphia and then on to Washington DC (Just in time for the federal shutdown). It was a bit of a whirlwind, but I wouldn’t have it any other way. Oh, and did I mention that I’m obsessed with food and finding new places to eat?

I flew in to New York, so it seemed sensible to spend some time there. I love New York. I took myself there as a 21st birthday present a few years back and was really excited to be going back. I’d forgotten quite how manically busy it was, but I think the city would lose some of its charm if it was any other way. Staying out in Queens was also a good shout, because the outer boroughs have much more identity than Manhattan. I’m bordering ‘massive hipster’ territory, so I think it’s a good time to pause for a photo of the place round the corner from where I was staying, it’s a graffiti centre, where artists can come ‘express themselves’ – if it looks familiar it’s probably because it’s one of Hollywood’s favourite ‘Cool New York’ sets. 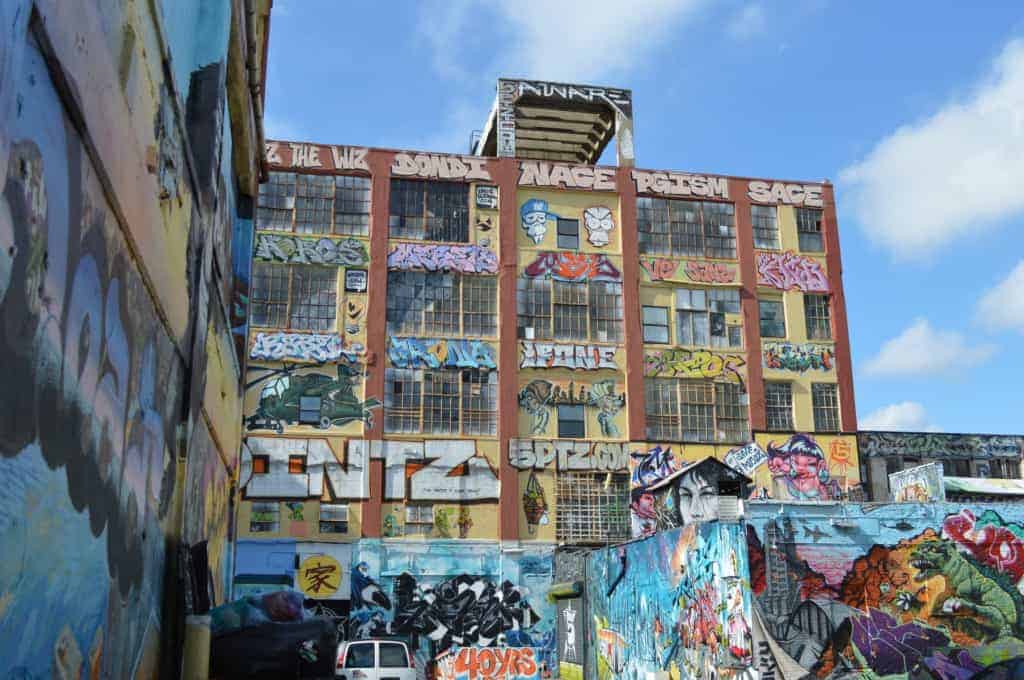 Food is obviously something I think about virtually constantly (the remaining time is filled with thoughts of gin), so aside from my wanders around Soho, Tribeca, Central Park, Brooklyn Heights and Downtown NY, and visits to the Brooklyn Bridge, the Met and a couple of ridiculously touristy hot spots I spent a lot of my time eating. I rediscovered ‘juices’, ate Thai, sampled some of New York’s finest, had a disappointing Italian experience and an extremely positive Mexican one.

New York food falls in to two categories: Fast, on-the-go grub, and slower, flavourful bank-breaking sit down meals. Of course it’s not actually that black and white, but it serves a purpose. I decided twice to experience something ‘on the go’ and that couldn’t be more American if you draped it in the Stars and Stripes: a MacDonalds (I haven’t had one since I was 10) and a hot dog from a cart. From the moment of opening the box of disappointment and the first bite of the 50-shades-of-synthetic I regretted both the respective experiences. Grim does not come close. And yes, I’m judging myself as much writing this as you are reading it. Sadly a place I was lured into in Little Italy (the smell wafting from its doors was incredible) also fell short of the mark, but the ice cream joint round the corner had the most divine mocha ice cream. Ice cream aside, these were all fairly rooky errors though, and couldn’t be more different from my highlights.

I’d forgotten how much I love iced coffees for one, and whilst we’re at it a mix of juices for breakfast alongside a bagel that has more cream cheese than bagel is definitely some I could get used to. There’s also a Thai restaurant on 8th Avenue (no, I can’t be more helpful than that, sorry) which serves one of the best Thai red curries I have ever tasted. Actually, even writing about it is making me salivate and want more. 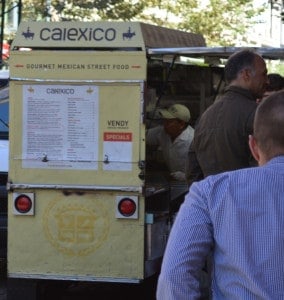 The most unexpected culinary delight though has to come in the form of street food. Regular readers of The Usual Saucepans might be aware that I have a bit of a thing for street food, and in this case it was in something much like a hot dog cart. But it wasn’t hot dogs, it was Mexican style food, designed to be eaten on the go. I don’t think there is any better on-the-go food than burritos, so it took me approximately half a second decide it was lunchtime upon seeing the cart and a couple of minutes later I was munching my way through a freshly prepared wrap of joy.

It may well have been the ‘unamerican’ that took my taste buds by storm in the Big Apple, but it doesn’t diminish my love of the place. Five days is about enough for me in NYC, but the munch I loved here was definitely affordable and delicious. Those which weren’t so great needn’t be so, and I now have plenty of inspiration for some New York themed dishes that will take things like the humble hot dog to something a lot more palatable.

My time in New Jersey was mainly focused around the wedding, so I won’t bore you with the details (beyond these jars that the post-ceremony cocktails were served in). Next stop though is a foodie heaven – look out for Philadelphia fun times, coming soon to a blog near you…