Lying on the sleepy shores of Lake Wakatipu, surrounded by dozens on mountains, lies a city with a population of just over 28,000 people. It sounds as notable as Clark Kent, but this sleepy looking place is New Zealand’s adventure capital and one of the biggest adrenaline rushes on the planet.

This superman is Queenstown. 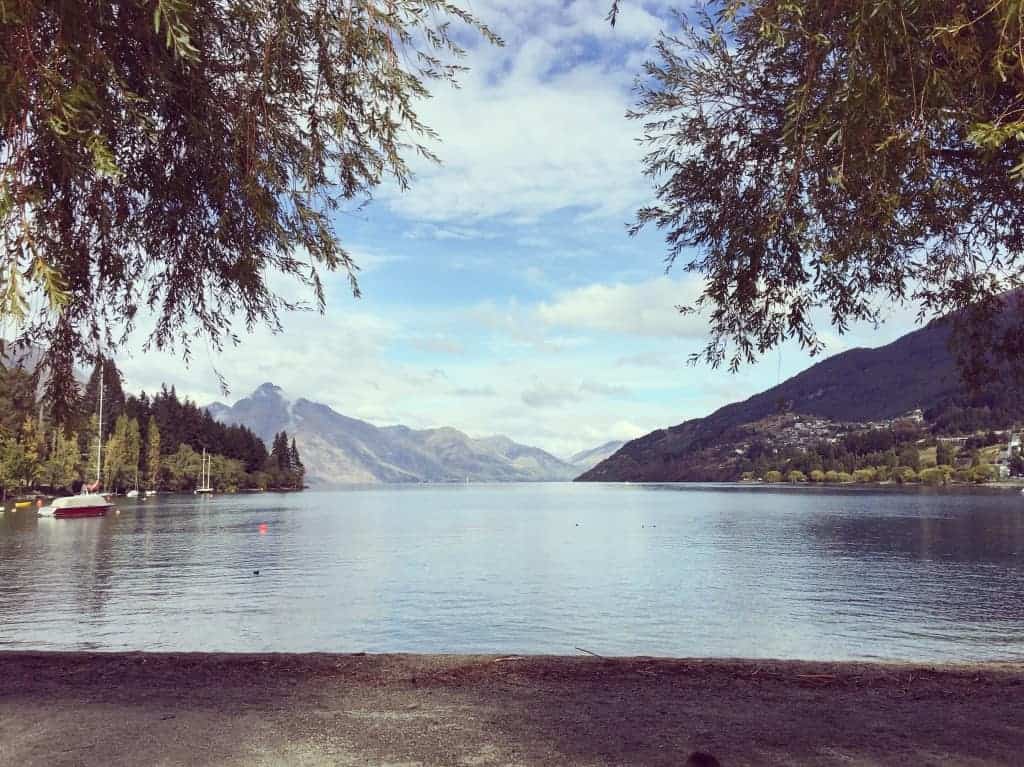 You want to go on a jet boat? Sure. Bungee jumping? There are multiple choices. How about paragliding, sky diving or ziplining? If you want to get your adrenaline through the roof this is the place to be (we’ve not even touched on the skiing, hiking, water sports or other seasonal thrills on offer). But between the super hero adrenaline spikes (and perhaps a bit of partying) there’s something else – the natural landscape is utterly breath-taking.

I’d always heard about the gob-smackingly incredible landscapes that this island nation offers, but from my flight down from Auckland it became pretty obvious that nothing beats seeing it in person. Flying over volcanoes – Taranaki, in this case – and seemingly endless mountain ranges before coming in to land between two towering peaks on what must be the flattest patch of land in a sea of apexes, it’s really hard not to be utterly transfixed by the scenery going on around you. How often do you have mountain tops and roads which are higher than a commercial flight?

And whilst my adrenaline rush loving side wants to do things that firmly come under the category of “stupid things” I’m not allowed to tell my mum about until after they are safely over, another part of me is quite happy sitting on a lakeside rock soaking in the vista. It’s so idilic that it almost doesn’t seem silly to say I have wet feet because I was so transfixed by the view that I didn’t see the bow wave of a passing jet boat coming towards the shore until it was both too late and a little damp. *Insert loud expletive here*

If you can tear yourself away from skimming stones over the lake’s glass surface, it’s quite notable that for a place of such diminutive size it boasts a collection of eateries and bars of somewhere many times its size. Whether you’re after a breakfast of peak hipster muesli, a gourmet fish finger sandwich or fine dining there are options here well beyond what I really expected. I guess that might be something to do with feeding the almost 2 million visitors who arrive annually – for the recored that’s almost half New Zealand’s population.

But it’s not all 21st Century. There’s a steam ship on the lake that was built same year as Titanic and is still going strong, and there is of course the landscape to which human existence is really just a passing couple of seconds. 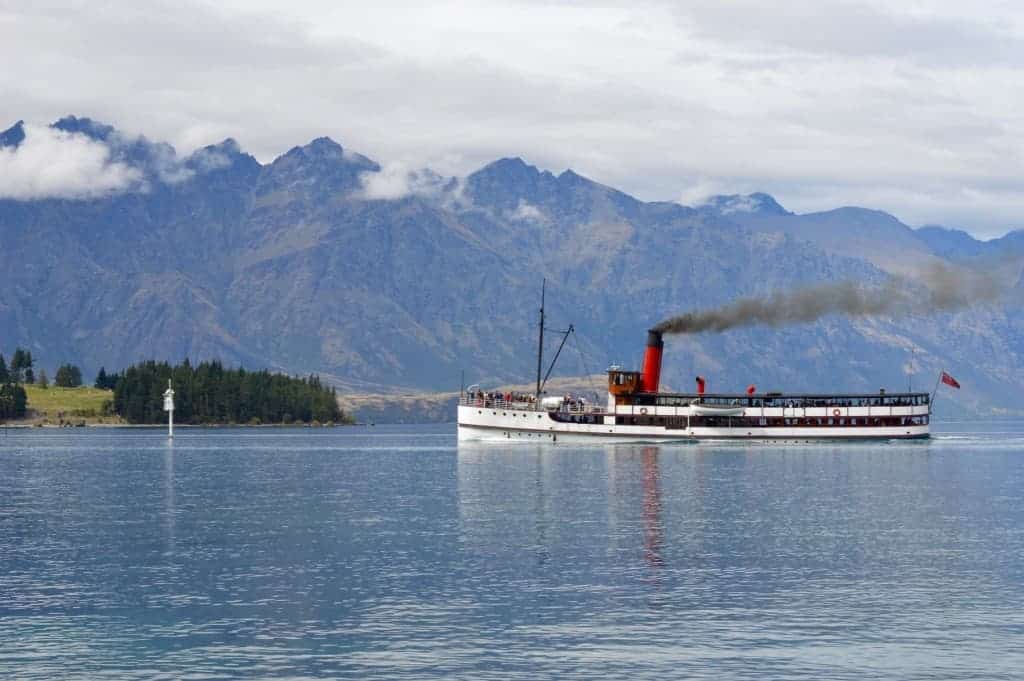 “You walk forward until I say run. Then you run.” Before I can ask more questions I hear some clipping noises behind my back. Then I’m told to walk. Four paces later the word run is shouted behind me. And I’ve barely started moving faster when there’s nothing below my feet and I feel utterly weightless. If you’re expecting the next few words to be “and then I woke up”, you’re wrong, I’m currently strapped to Chris, the instructor, and harness, paragliding high above Queenstown. 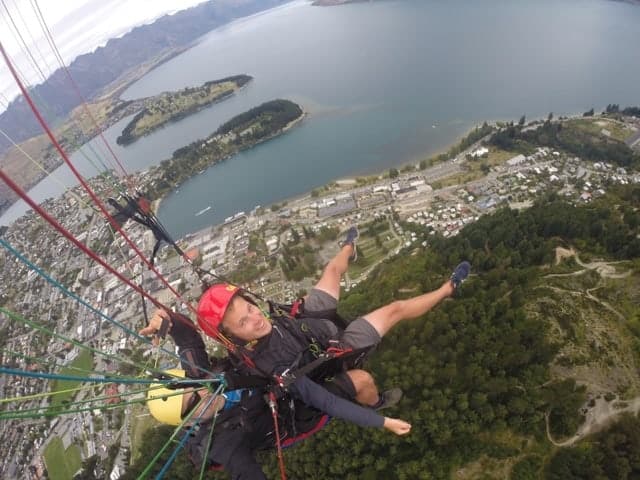 It’s a really weird feeling. There was virtually no wind when we took off and so we were just floating there high over the town and lake. Gliding over the forest covered hills, the gondola and the jet boat powering across the bay. The view is jaw dropping.

In the adrenaline capital I’ve opted to take to the skies. It’s perhaps not the most daredevil of activities, but I don’t have a mortgage to spend on activities (which surely don’t need to be so expensive). I’ve chosen one that lasts for a bit longer than 8 seconds. The others can wait until I visit next time.

Now we’re soaring through a thermal – a column of upward spiralling air, propelling us well above the height we started at – then it’s a steep banking action. A few selfies later and we’re taking more big sweeping curves through the sky, then working ourselves into a massive loop that all of a sudden the kite (or chute or whatever you call the thing we’re paragliding with) is below us! I may have uttered a few choice words out of sheer surprise. But the massive grin across my face says it all.

It is, of course, over far too soon. We were in the air for 14 minutes, but it felt like two. The adrenaline pumps through you, the endorphins surge through your brain. If you get the opportunity to paraglide don’t hesitate, don’t think about it as being high up. Just know that it is an incredible way to see the world below and once up there it will never be long enough.

In contrast to a Sunday in the Sky, the next day it was up early to catch yet another bus. A bus that lead to a boat that sailed to another bus which drove us to the boat we were trying to get to in the first place. Sounds like a massive cock up, but is in fact the most direct way – short of hiring a helicopter – to reach Doubtful Sound. But there’s way too many things to say about it, so it will have to be a separate post.

Queenstown is an interesting place. It can take you to dizzying heights, make you scream with terror/delight, or take you to a place of silence and beauty. For a place of its size it offers more in the way of food and drink, bars and restaurants (although their famous, ‘must try’ Fergburger is, I think trading off its name more than anything, their burgers were good but not exactly worth the queue stretching halfway down the block) than you would expect.

More than anything Queenstown is a place of outstanding beauty. I had expected it to just be adrenaline-fuelled adventure junkies, but it is really so much more – I really, really enjoyed my time in Queenstown, next time I visit it will be for longer. There will be more time on the lake and more time to trek or ski in the hills all around it. When you come here bring a camera and plenty of room for memories. 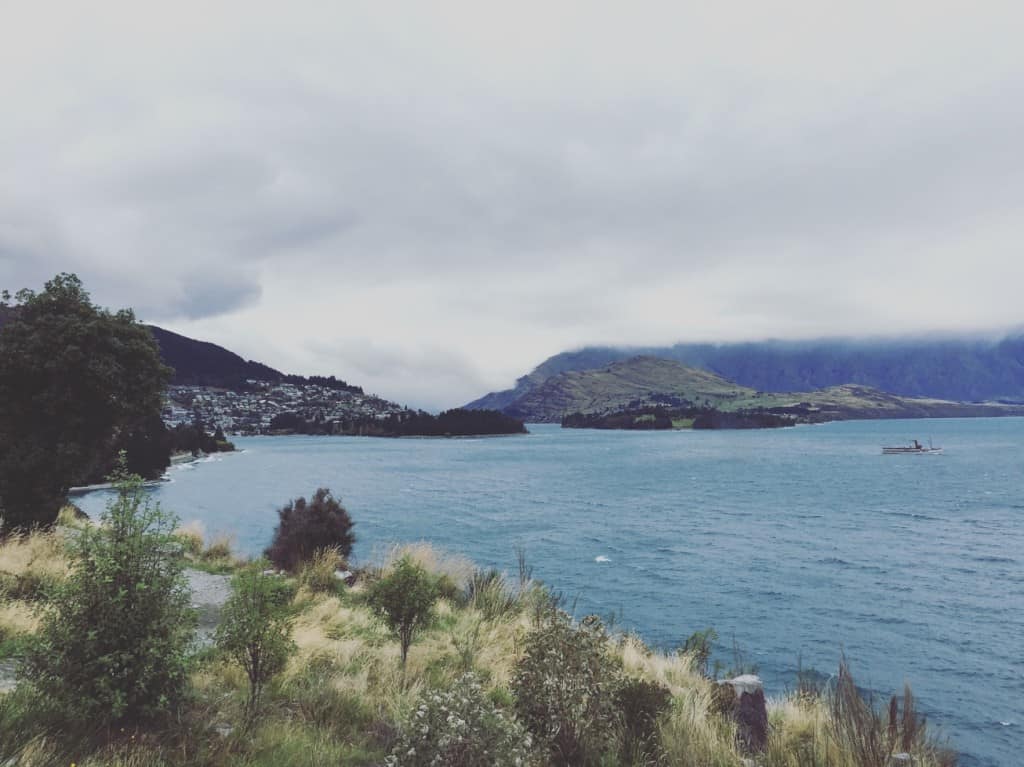