Melbourne: The One Where I ate A Lot

From its achingly cool coffee pop ups with their bearded baristas to stunning views out over the Yarra Valley, I think it’s fair to say that I ate pretty well in Melbourne. And probably for the best that walking featured a lot. Think that’s overstating it? Here’s a brief glimpse of my culinary and quaffable adventures in and around Melbourne.

If there’s one thing that’s pretty much everywhere in Melbourne, it’s good coffee. Every street, it seems, has a coffeehouse on it and often more than one. Whether it’s to take away or sit in one of the glorious arcades, coffee culture is more than alive and well in Melbourne. I don’t think I’ve drunk that much coffee in a week in quite a long time. 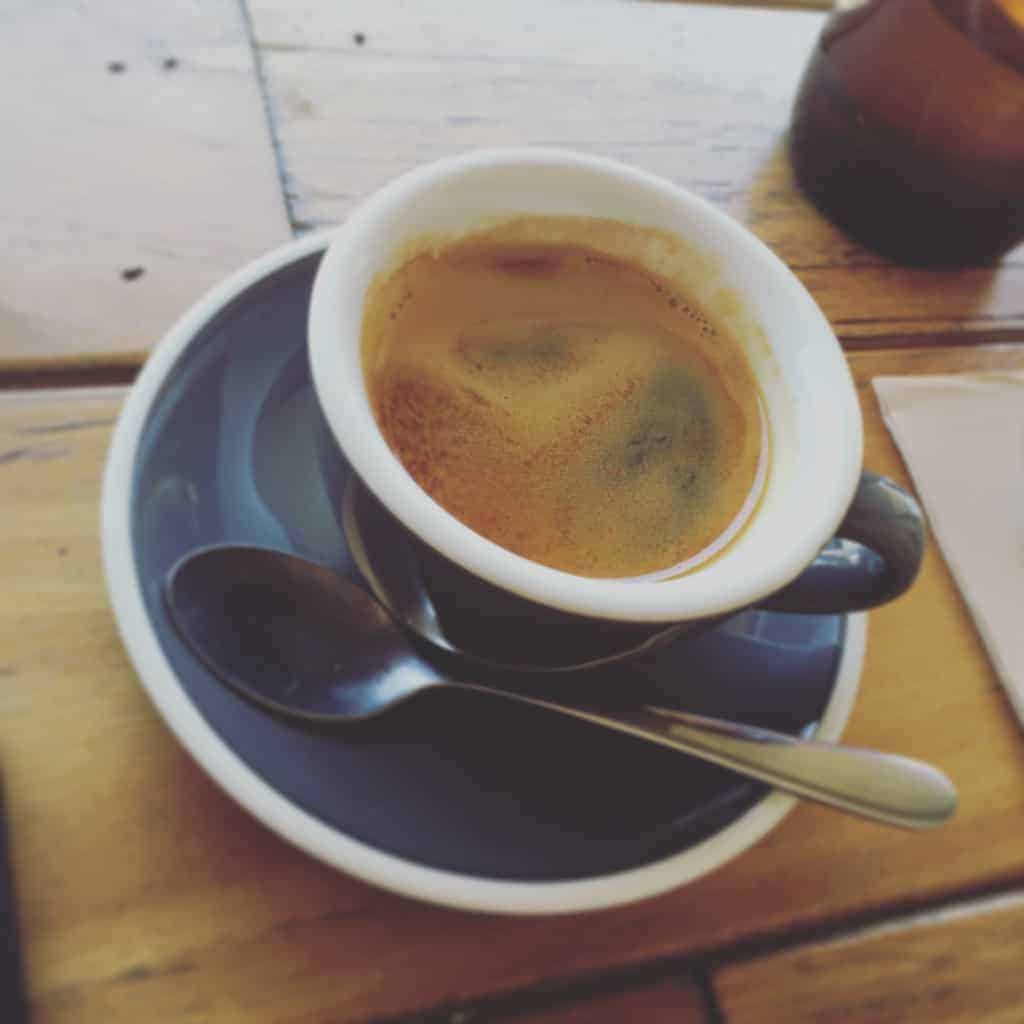 Because I’m a part of what I keep reading is the laziest, most self centred generations ever, the numerous cafes and coffee shops seemed like a good place to indulge my love of all things brunch. Being in the city over two weekends gave ample opportunity for indulgence, and so there was ‘smashed’ avocado with mozzarella, scrambled eggs with homemade muffins and heritage beetroot (and avocado, because why not?), and variations including sourdough, feta and more besides. 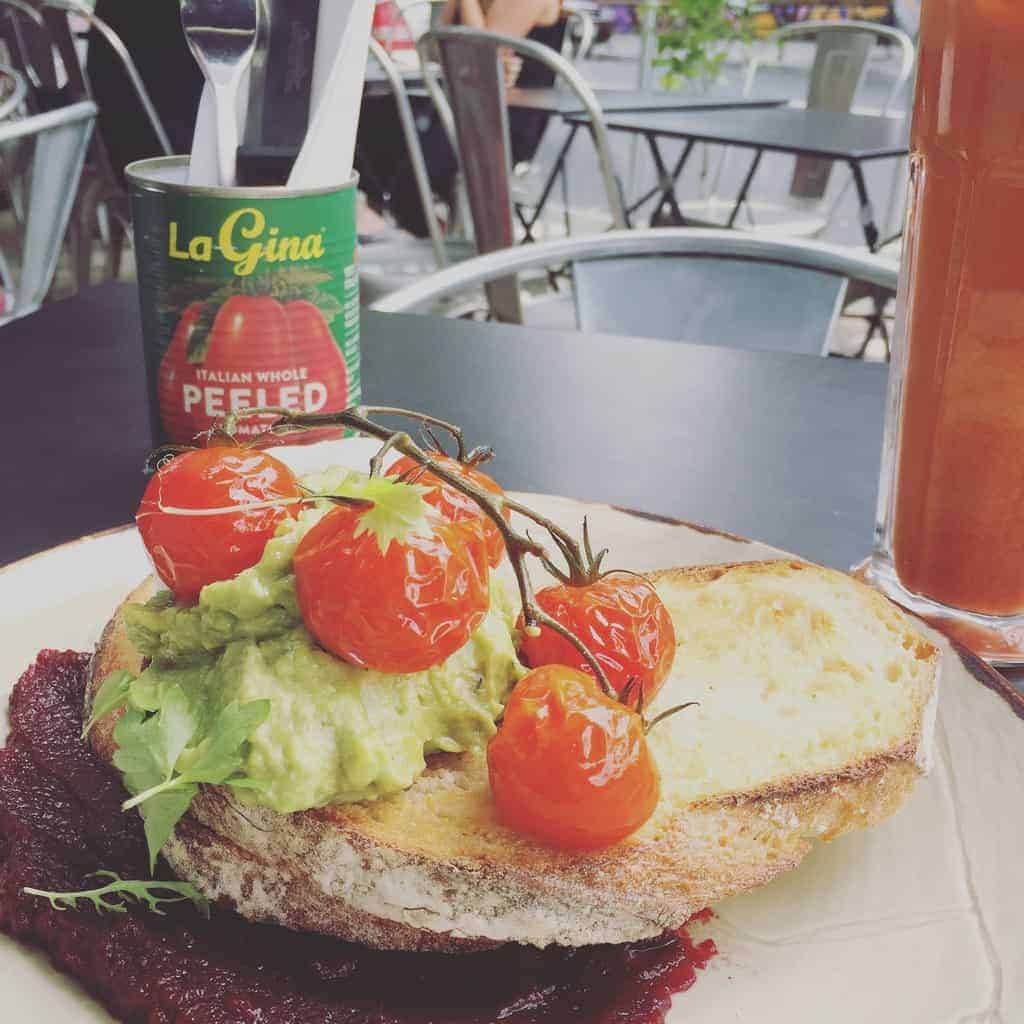 I couldn’t come to this part of Australia and not use it as a good excuse to hop on a bus for the day and try some of the Yarra Valley’s reputed wines. The climate and terroir (yes I know fancy wine words…) of this region make it not dissimilar to parts of France – or so they say – with certain parts being described as ‘between Bordeaux and Provence’ and other parts of the valley closely resembling the Champagne region. 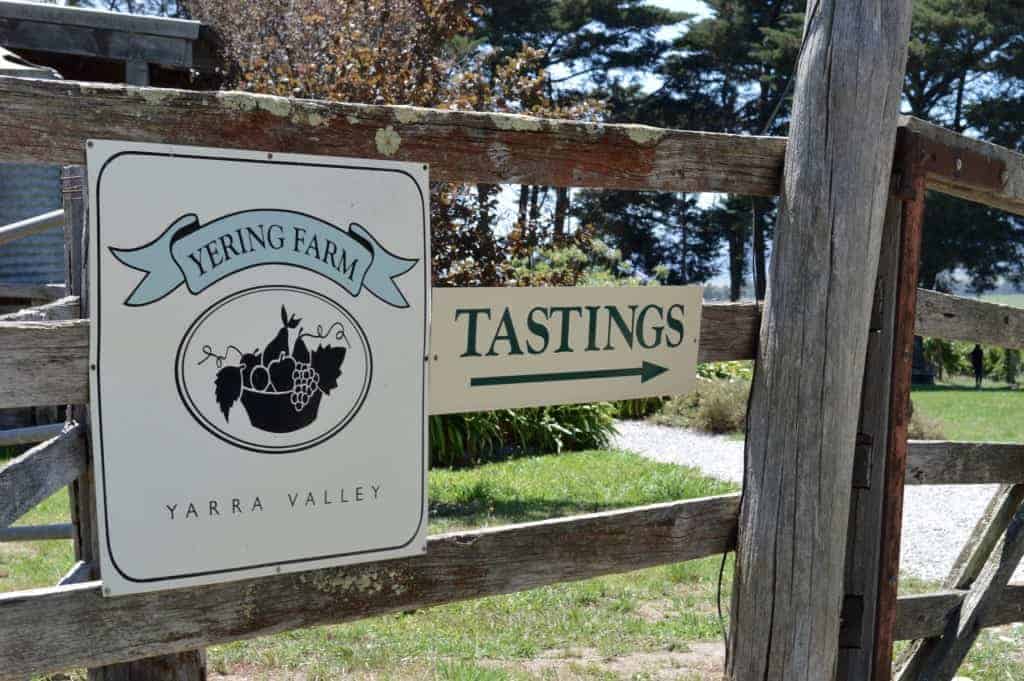 Our day stopped off at four wineries and involved sampling along the way. From one of the region’s smallest producers, Yering Farm, who make just 6,000 cases a year, to Chandon (yes, of Moet & Chandon fame; Moet is the name they use for their French Champagnes, Chandon sparkling whites from their other estates across the world) who produce over half a million.

Highlights came a beautifully crisp pinot gris, a sparkling cabernet merlot that tasted dangerously like juice, and (unexpectedly) a small-batch cider from Yering Farm which they ferment in pinot noir casks, giving it a light pink hue. 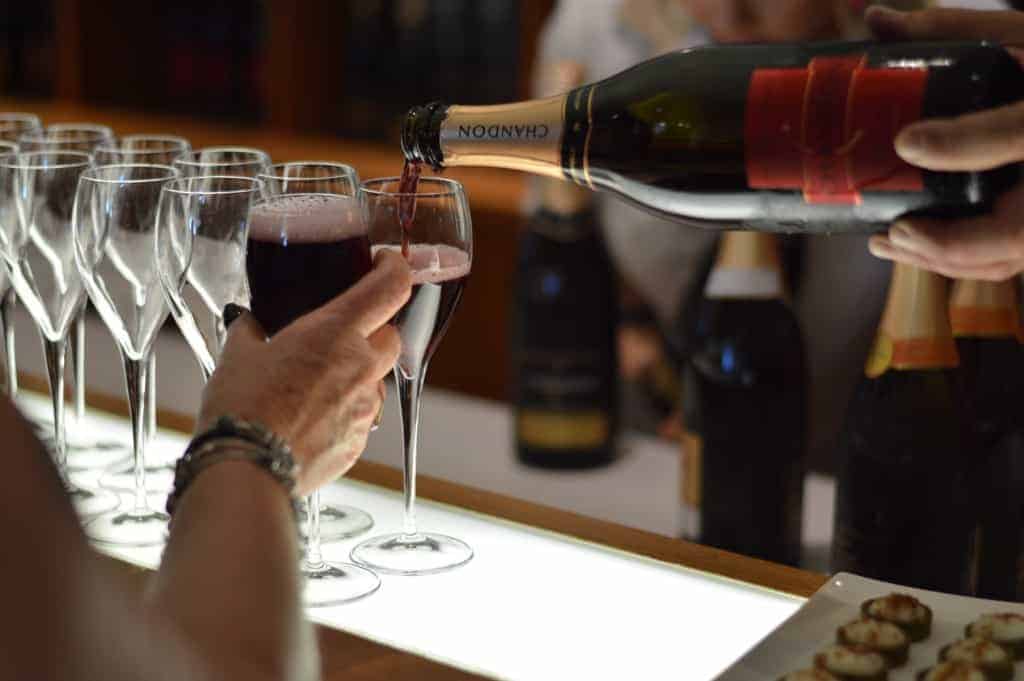 All in all, it was what one might call a tough day – tough not to make several large bulk orders and get them shipped home).

The Victoria Market has been around in Melbourne for years, but in the summer months it’s now made use of on Wednesday evenings where a vibrant night market springs up. There’s street food from every corner of the globe you can image, sweet treats, drinks, live music, and lots of random hippy stalls that seem to be obligatory at such events. It’s a bit touristy of course, but it’s also clearly popular locally, judging by the accents of people I saw around it. 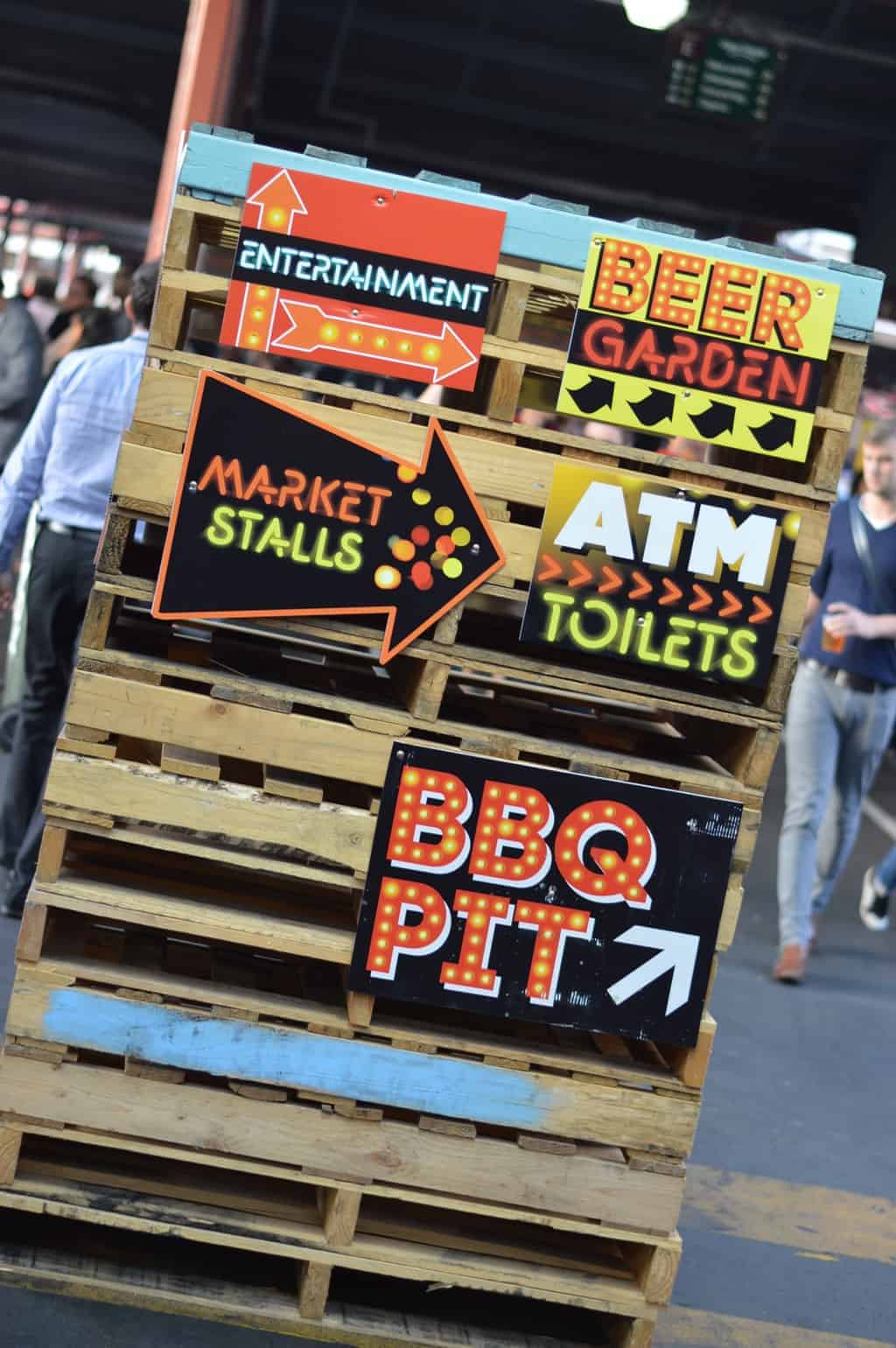 To have Greek, India, Thai, BBQ, Kenyan, or one of the many other options – that was the hardest question. In the end I opted for crispy chilli pork in a bun with an asian slaw. And a wise decision it turned out to be. 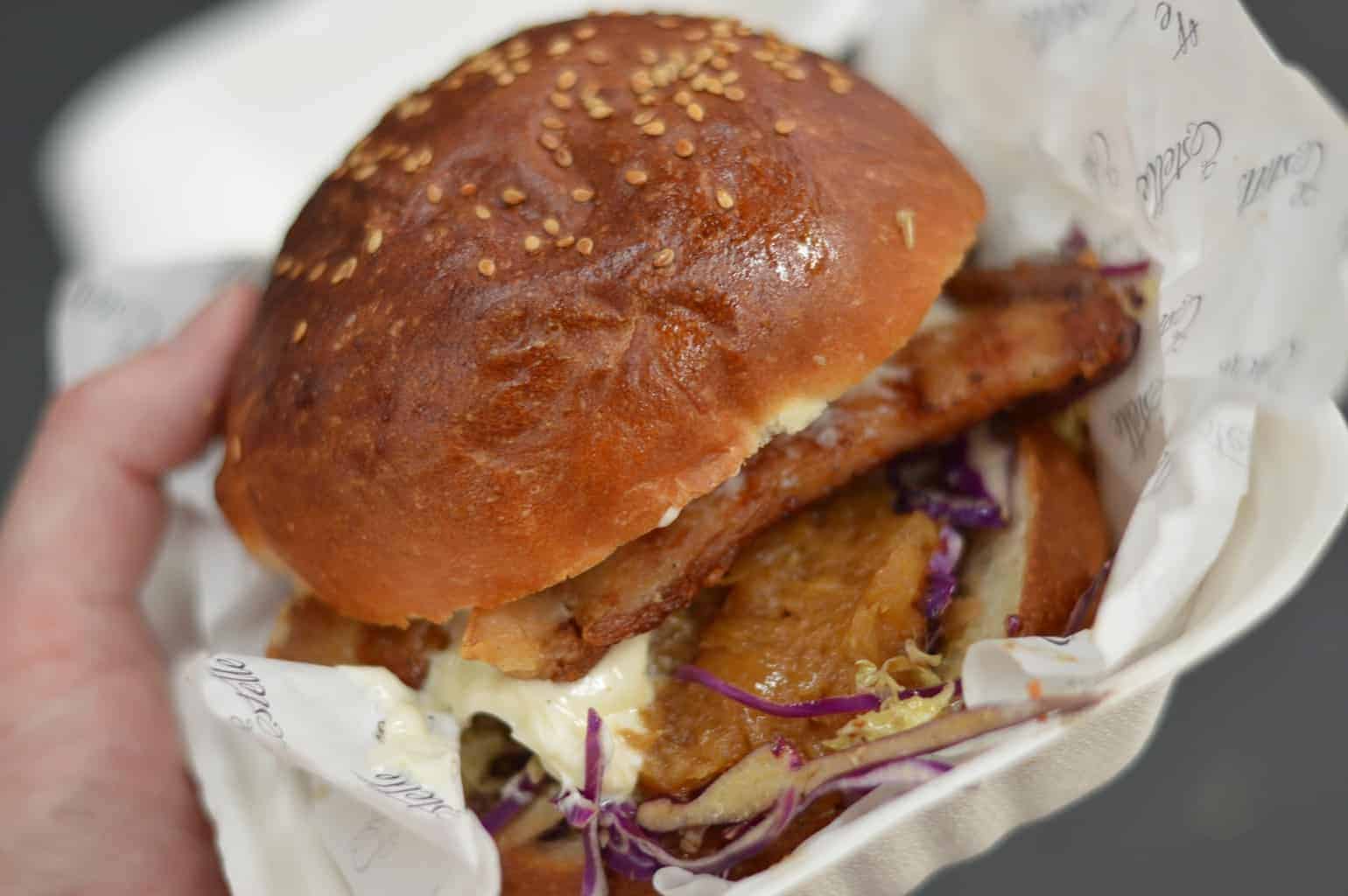 Pondering a dessert – as I am prone to doing – I was letting my stomach settle whilst watching some band who probably should have been called ‘Melbourne and Sons’ for their check shirt country-rock-pop that they were playing when I had a run in with an unnecessarily angry and I suspect man-hating feminist.

She accused me of checking her out, treating her like a piece of meat. I hadn’t been so was a little surprised and taken aback by the acqusation. I disgusted her apparently, with my leering. When she asked me what I had to say for myself I thankfully held back on the retort of ‘Eww. Gross. Who in their right mind would check you out?’, instead I went for the honest response about what I was doing, if perhaps rather coolly: “Actually, I was looking at that bowl of doughnuts in your hand and wondering where you got them because they look amazing.”

For the record, here’s what my bowl of said doughnuts looked like. As from Ms Man-eater, I didn’t get an apology, but several people around laughed and she stormed off, no doubt telling people I’d ruined her evening. The doughnuts – covered in crushed popcorn and salted caramel sauce were mouth-wateringly delicious. 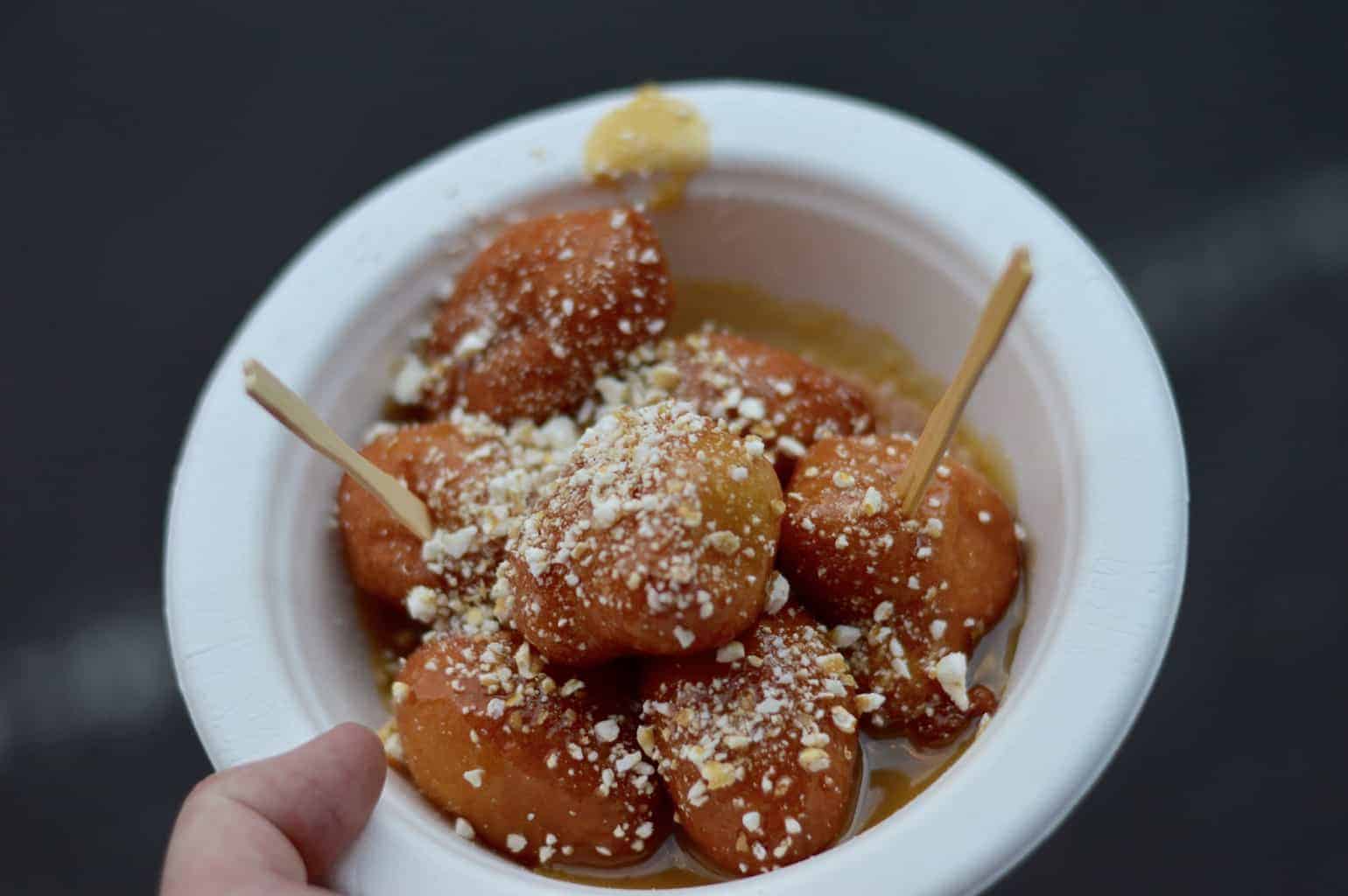 I am a small child and have very little shame about it. So when a friend pointed out the Instagram account of a cafe that served pretty awesome looking milkshakes that just so happened to be in an area I was to visit, I got very excited. Naughty Boy Cafe, it turns out is quite a popular on a Sunday afternoon. Can’t think why… 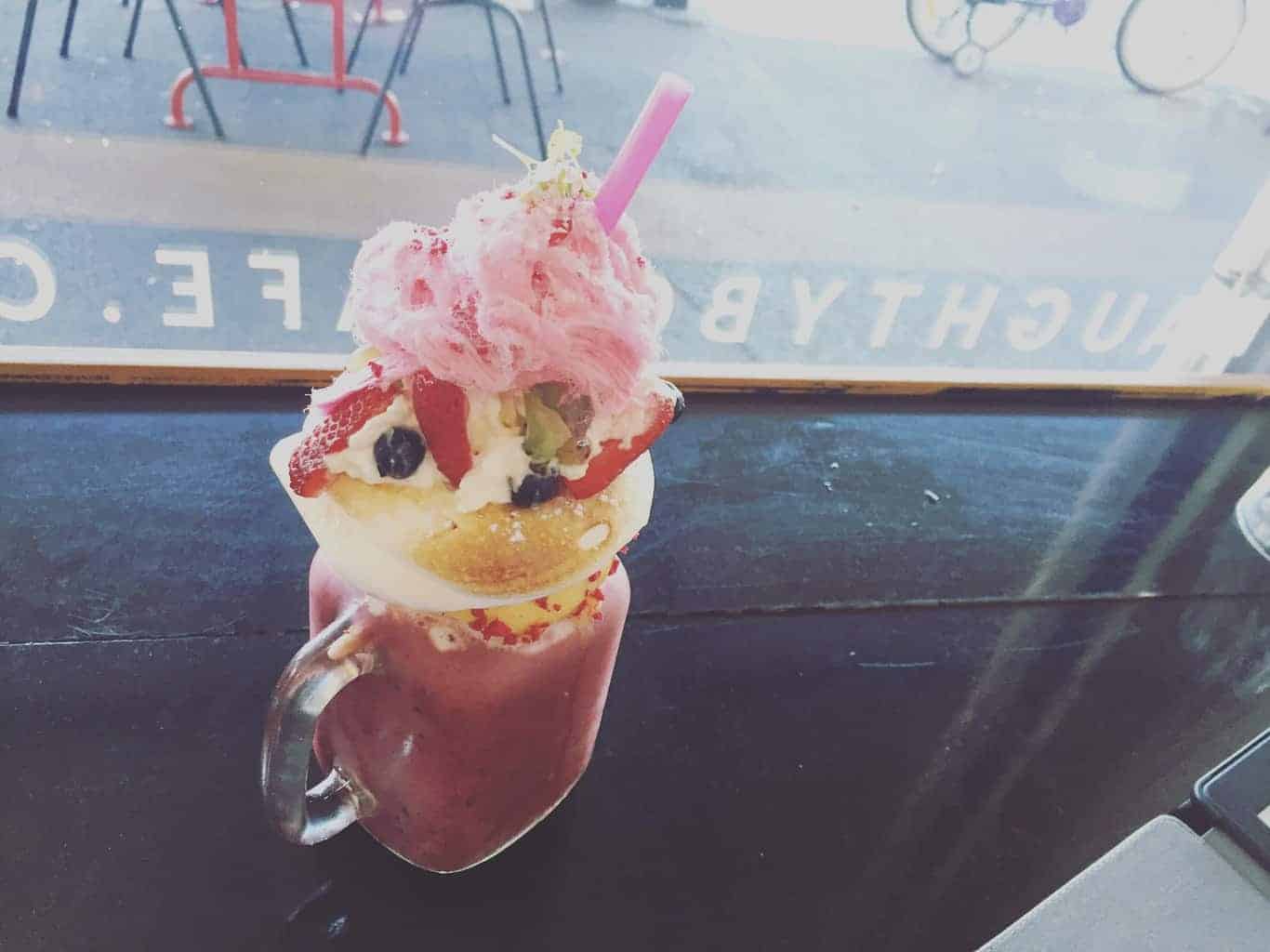 This was the Summer Berry & Passion Fruit (peanut brittle and brownie was another option). It’s a mixed summer berry milkshake, with passionfruit curd and freeze dried raspberry pieces around the rim. It’s topped with a meringue, whipped cream, more fruit (including kiwi this time) and topped off with candy floss and a liberal dusting of icing sugar. It was glorious.

There was simply too much food in Melbourne to talk about it all. Like way more than the number of days I was there’s worth. I’d like to think I worked it all off by walking around so much and therefore it was all totally legit but, let’s be honest, I can justify it to myself on the basis of it being delicious.

My evening chowing down on a ridiculously large plate of giros, the several evenings where dark chocolate sorbet (and other flavours) were involved, the night or two that I might have had the odd glass of wine or local beer, and even a surprisingly delicious pizza from a little restaurant on Lygon Street (Carlton) when I was hungry and not expecting much.

So if it’s not already apparent that I need to stop gushing about Melbourne, then I guess you need to read a little more closely. I am pretty sure I liked Melbourne as much for its food as its way of life. And that’s probably because the two are pretty inseparable. But enough from me, let me leave you with some words of wisdom: 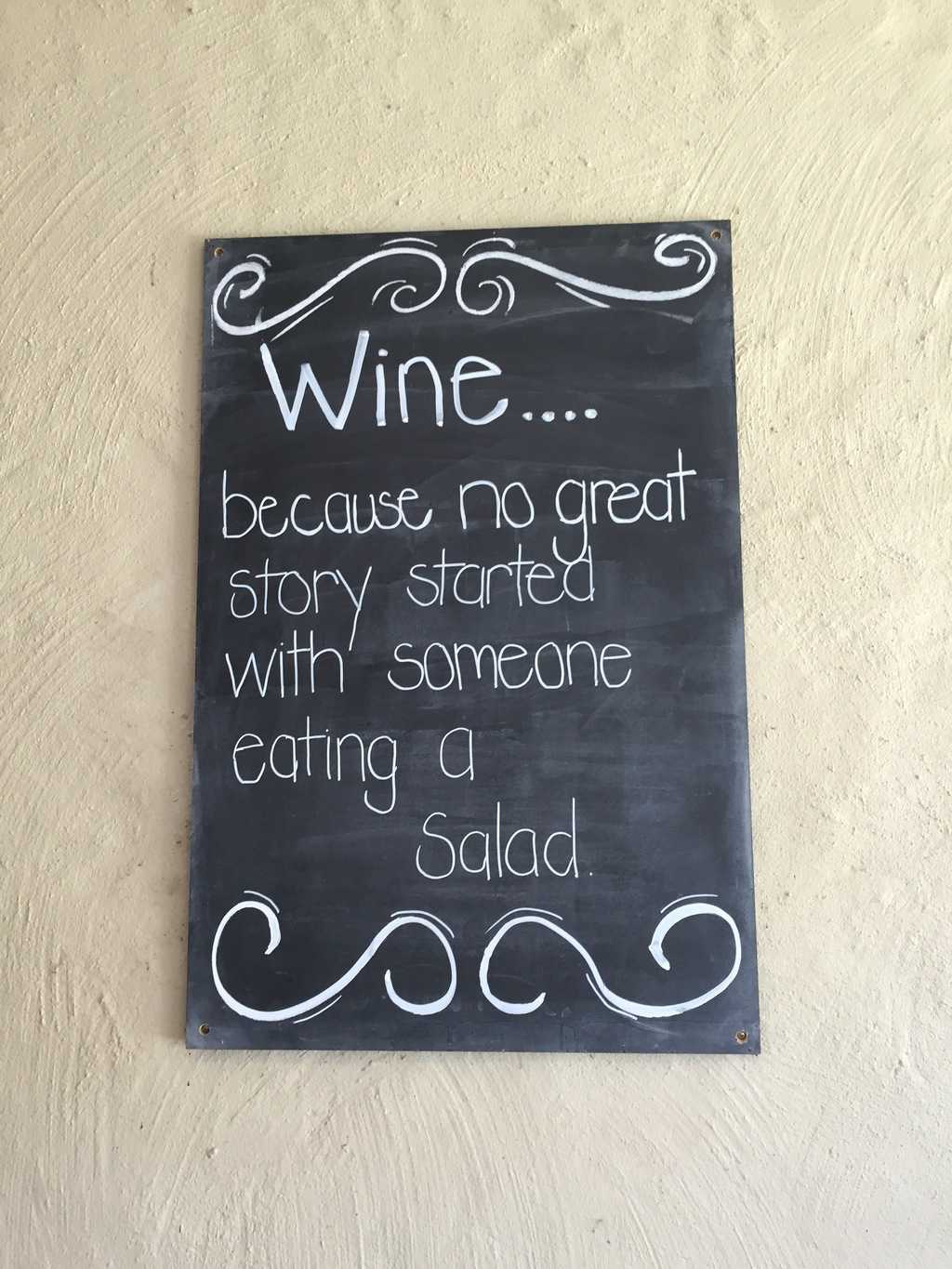