I don’t know about you, but the Beijing Olympics came at just the right time to intrigue me about Beijing. It looked strange, mysterious; a combination of this world and a mythical one filled with dragons and temples. I guess I’ve been mesmerised by host cities, totally sucked in to the image they’re trying to portray, but I often want to visit these cities (I’ve only ever been to London and Barcelona of host cities during my lifetime). Well, Beijing is now on that list too. It’s a city of mystery in many historical and cultural respects, one that in Europe would demand exploration, but here (and perhaps this is just me) gives the strict air that you only find what it is wanted that you find.

Maybe my ideas are too liberal. Maybe it’s Maybelline… 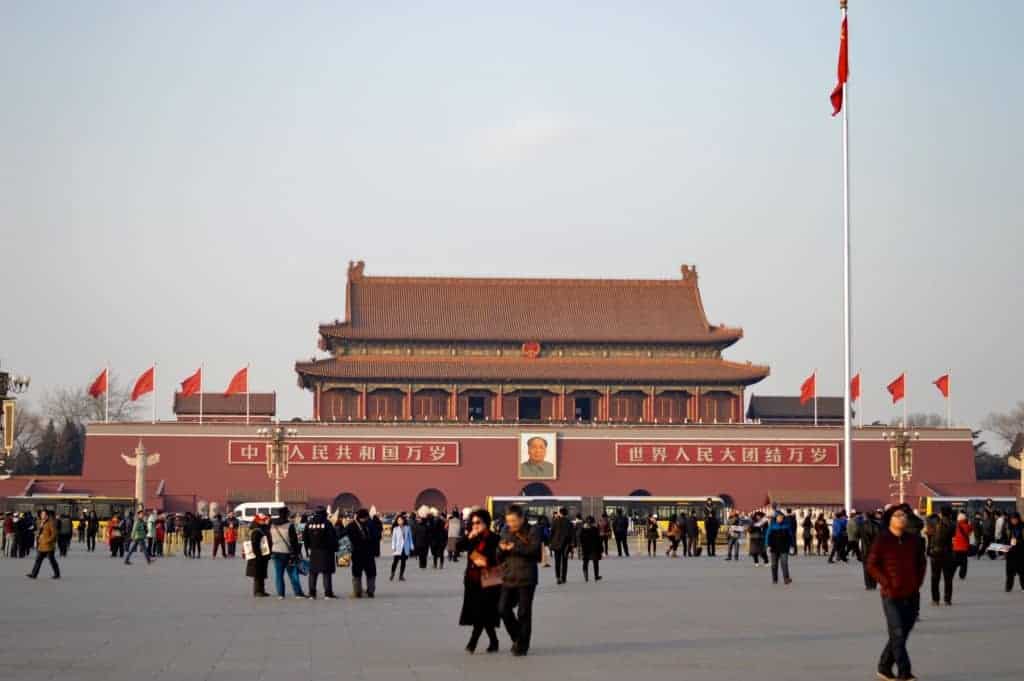 The air in Beijing is a controversial topic – not the only one, but I’m not going down that road – the rise of China’s contemporary cities has resulted in so much pollution that headlines make it out to be nothing short of a Dickensian London ‘Pea Soup-er’. Just before Christmas there were lots of serious warnings about Beijing’s air quality, so much so that I held off booking anything in the city until just before I left.

Thankfully though measures put in place and the winter weather were keeping the city clear (well, thankfully for my selfish reasons, I’m sure it’s still not great living there longer term). But you’ll probably notice in every picture there’s a slight haze in the background. I’ve not suddenly unable to take photos, that’s just how it was (promise).

I’ve already mentioned the Beijing Olympics, and one of the things that our collective memories think back to is the stunning new National Stadium – The Bird’s Nest – that was the scene of the spectacular Opening Ceremony (remember all those drummers and the little kid who may or may not have been singing?) Well, I couldn’t come to this city and not see what’s become of the Olympic Park. 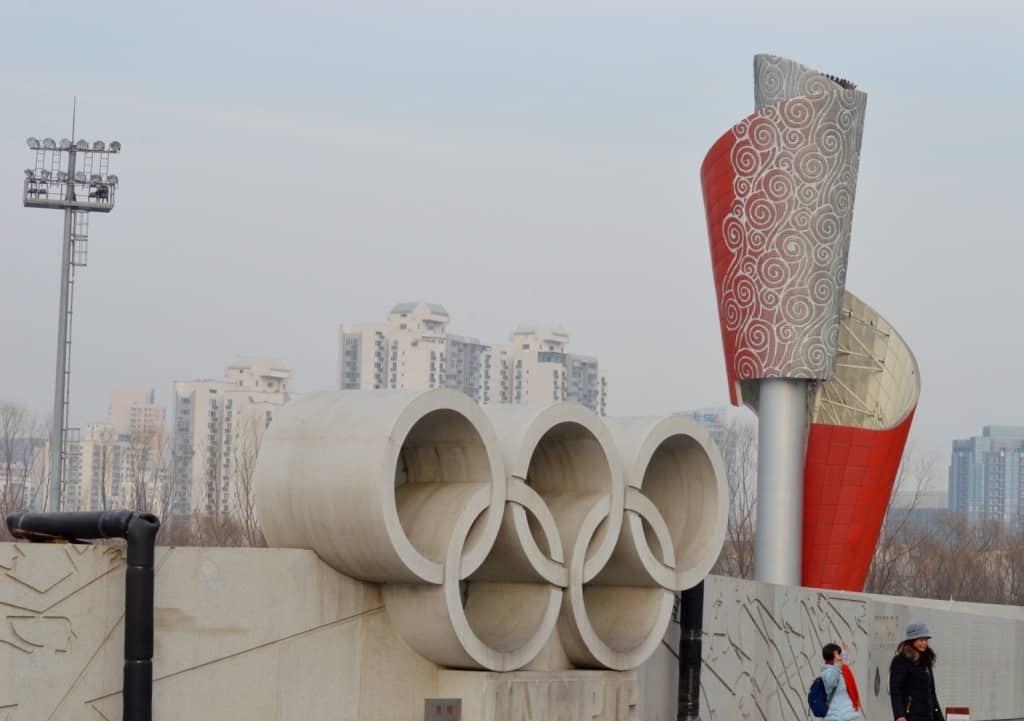 Beijing’s Olympic Park feels a bit like a ghost town. Sure there were people there like me to have a look at what’s left, but the place has a sad, leftover air about it. The aquatic centre has been transformed and is clearly still used, but this vast tract of land is mainly without purpose now. The Bird’s Nest had signs up that showed it hosted an event in last year’s international athletics calendar, but Beijing’s air has clearly got to the metal, it looks about 30 years old, but in reality is less than ten. 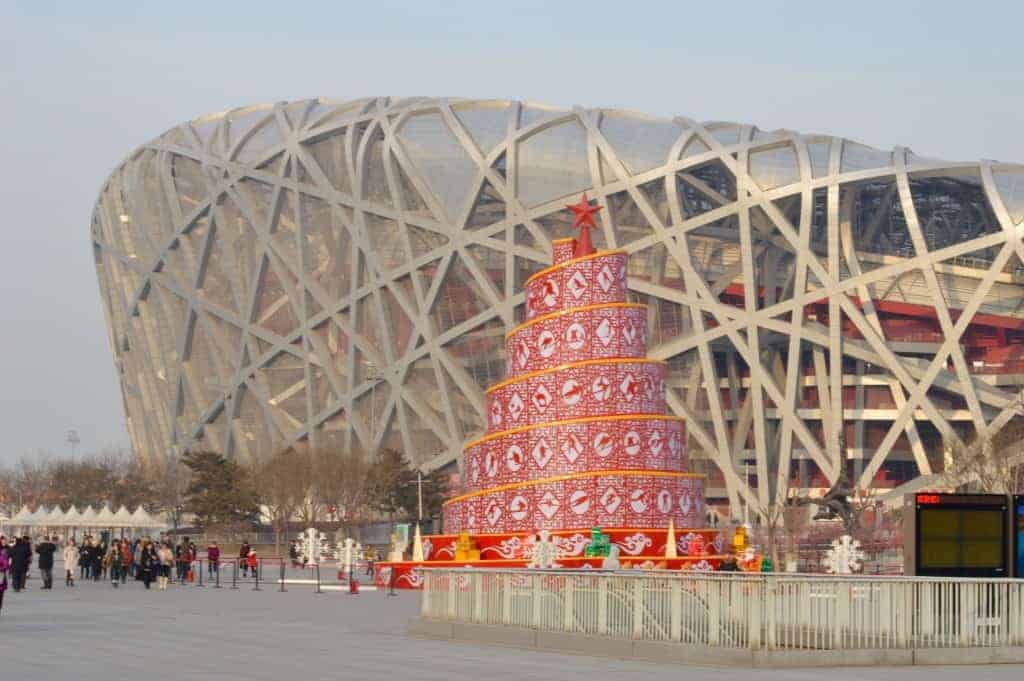 There is hope though, Beijing will become the first city to host both the summer and winter Olympic Games when it hosts the 2022 Winter Games. I doubt this will change much, but I’ve known to be wrong before. Let’s just hope London’s legacy will be more Barca than Beijing.

The Wall of Walls

Let’s all be straight on this – The Great Wall of China was one of my main reasons for coming to Beijing. Sure, the city’s well worth a visit, but its proximity to a section of the Great Wall loomed large.

I loved The Wall – although I’m still left with a nagging question about the sense and sanity of building a large wall on top of a mountain – so much that I talked about it so much here that I’ve moved it into a separate post. It will be published next. 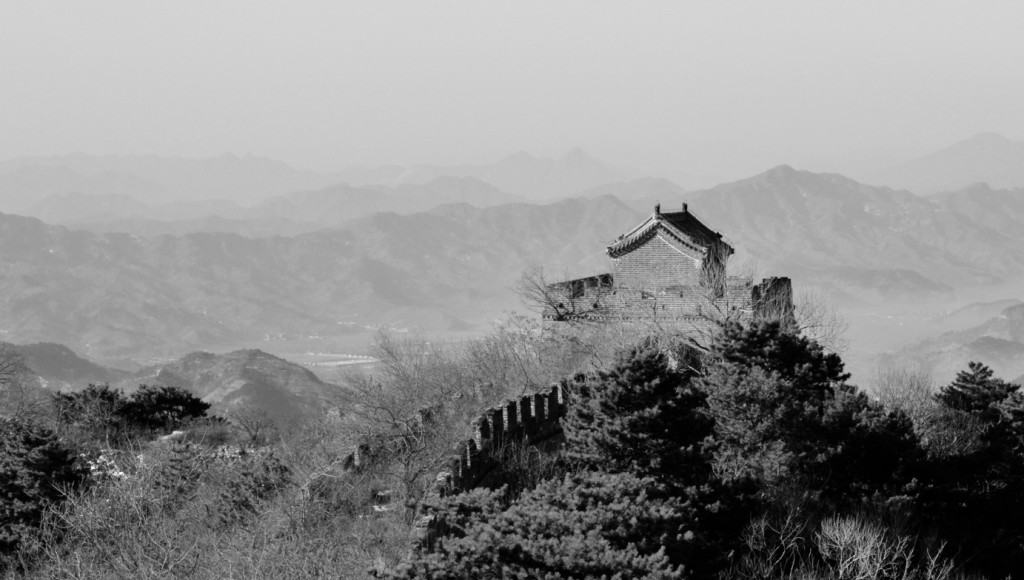 Beijing has, of course, been the capital city of the united China for centuries, but whilst today it is ruled by the Central Committee, it was famously run by a succession of Dynasties – the Ching, Qing and Ming being the most widely known. For most of these reigns – from 1420-1912 – the central powerhouse of the country was a collection of palaces, better known as The Forbidden City.

With almost 20 main palaces and temples – in total there are about 900 buildings – it is little wonder it’s called a ‘city’. Today the 180 acre site is of course open as a museum, but for centuries it was closed off to all but those who were at the centre of power. 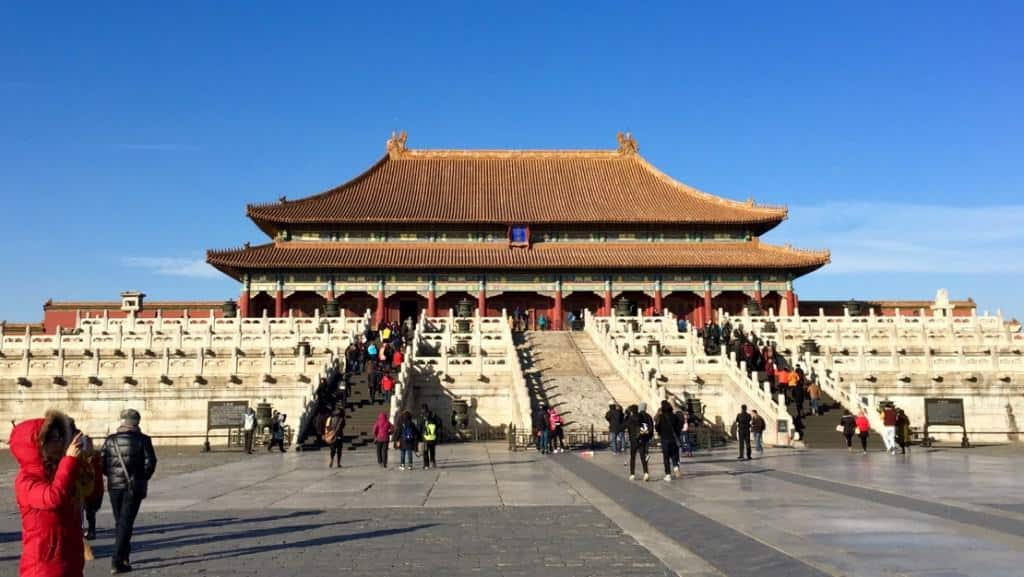 I decided to get the audio guide to tell me about some of the palaces as I went round (a select number, you could be here all day or more, but it was -6ºC and my desire for being outside was limited), which I highly recommend. Not only does it go to great lengths to tell you about each of the buildings, but it also has little lights to show which palaces you are yet to see. I’m also a little geeky (and potentially paranoid) about how it tracks you around the palace, the voice kicking in as you get to each location. 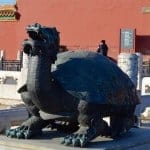 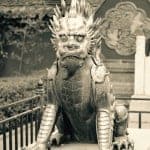 The Tiananmen Gate and Square are the focus of today’s Beijing, in a cultural and political sense. I am too young to remember what made this square all too infamous, but even being there in 2016 it feels somewhat odd. Perhaps it was the cold, or more likely the sheer size of the place, but it felt too spacious and empty to be real.

The Square actually takes its name from the Tiananmen Gate – which translates as Gate of Heavenly Peace (draw your own ironies here, I take no responsibilities for them) – that leads in to The Forbidden City, and today contains several statues and other significant architecture. The Hall of the People, The Workers Monument, The National Museum and the National Centre for Performing Arts (amongst others) all find their place around the square and in the general vicinity. It’s also home to Chairman Mao’s Memorial Hall, which contains his embalmed body (having previously seen the pickled Lenin when I went to Moscow a few years back I have seen enough public embalmment for a lifetime).

Of course I can’t not mention food. It’s all about the food. And food throughout my time in China did not disappoint. From steamed buns to dumplings, beef to broccoli, my time in Beijing revolved around eating (and the warming mugfuls of Chinese Jasmine Tea that seemed to, thankfully, be liberally poured alongside meals). What sticks in my head most is the ever pervasive amount of vegetables – they are dishes in their own right most often, not ‘on the side’ or part of a dish. Stand out dishes from this part of the trip were the vegetable steamed buns (who knew steamed veg in rice flour could be so flavoursome?) and the shredded beef and mini bok choy which managed to be sweet, spicy and gloopily delicious all at the same time. I will have to learn how to make it for myself! 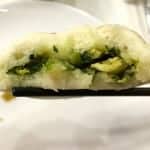 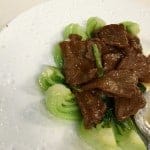 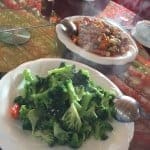 There are three unifying features to my time in Beijing. 1. Security Checks (see China, in Brief); 2. Being shouted at (see High Speed Trains); and 3. sub-zero temperatures. The latter of these things was possibly the most annoying. Despite acquiring a pair of gloves, bringing a fleece layer and a skiing jacket with me I was almost always somewhat chilly. The slightest breeze bites your ears and any tiny patch of exposed skin. As a result of this I don’t think I ever really spent more than a few hours outdoors at any point, and any night time adventures were seriously curtailed (I even went to the hotel gym one night instead of going outside…).

So all in all I probably saw a relatively small amount of what Beijing offers. But do you know what, I’m OK with that. Whilst I certainly do not regret the short amount of time I spent in Beijing it has a similarity to Abu Dhabi in that I don’t think it’s a place I would rush back to. Sometimes when I leave a place I know I’ll make an effort to come back. Beijing was intriguing and insightful, but there’s a but and I would have to have a really good reason to go back.