It’s cold outside today, so the title of this post may not produce the content you were expecting (although my ego appreciates that you started reading under that pretence. even if you didn’t).

Instead we’re talking about cupboards – much more exciting, I’m sure you will agree. This month for Random Recipes Dom has set the challenge of showing the world what is in our cupboards; daring us to bare all and show the world what’s behind those doors. I’m insatiably nosy, so I’m keen for some cyber-snooping this month (I’m expecting the NSA or GCHQ to be heading hunting me any day now), so it is the perfect challenge for me. Who doesn’t like to a little snooping now and again?

The few that I’ve seen so far have scared me a little though. Karen at Lavender and Lovage appears to have the tidiest cupboards in history, and Victoria from A Kick at the Pantry Door is seemingly more organised than I thought it possible to be. If you are expecting thousands of perfectly organised cupboards from me I would leave now, before you are disappointed. I have the world’s tiniest kitchen which has massively limited storage space (my baking stuff all lives in the hall cupboard) and I’m more disorganised with my shopping [read: life] at the moment than I think I ever been, so there isn’t much left at the moment and the fridge is even worse. After reading some of this month’s entries I did toy with the idea of having a bit of a tidy up, but my honesty decided that this wasn’t really in the spirit of the challenge. That, and also that I’ve spent so little time at home of late. Either way, here is my kitchen cupboard: 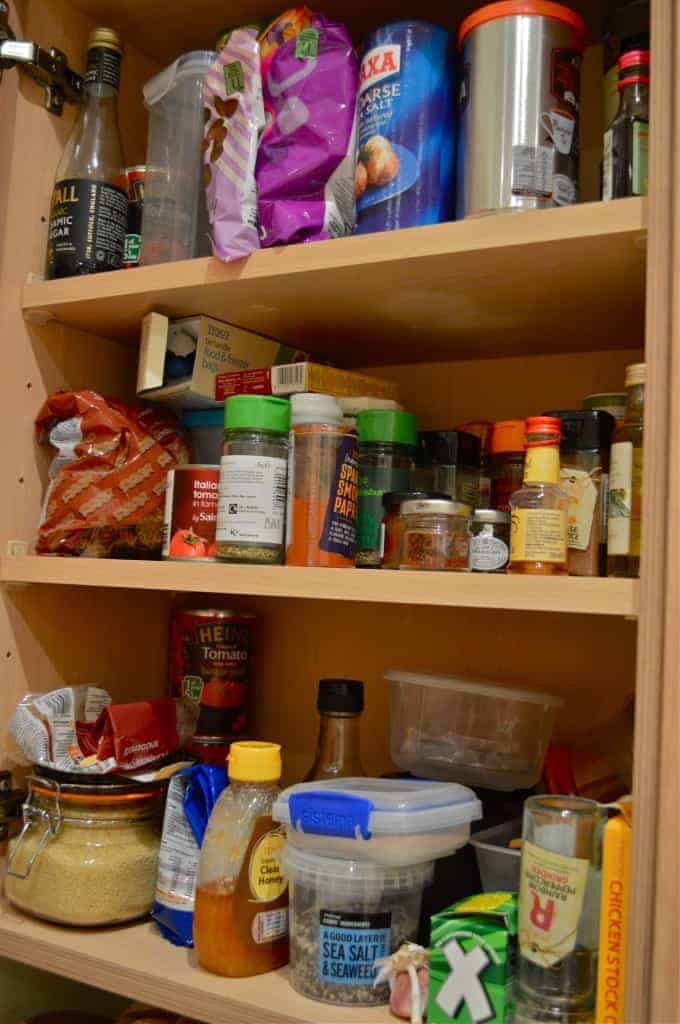 There are also a selection of boxes and packages lining the tops of the kitchen cupboards, but since they are an even bigger and more disorganised mess I think we can agree that they are just a figment of my imagination.

It wouldn’t be a true look at my cupboards though if I didn’t include the picture below. My Alcohol cabinet – I’m yet to find a suitable globe store for them, but I live in hope – is a regular feature on The Usual Saucepans, so it seems only fair that it gets an mention. It’s growing arms and legs at the moment though (the case of wine I accidentally-on-purpose the other day doesn’t fit and some bottles are too tall), but I cannot see any reason why this is anything but a good thing. 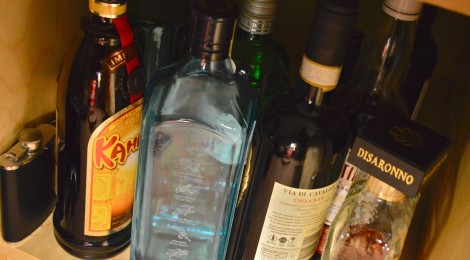 As previously mentioned, I’m feeling quite nosy so I’d encourage everyone to take part in this challenge!

If you liked this post why not follow The Usual Saucepans on Facebook – get all the action as it happens and some food chat in between!