Tomato & Basil Crumble and Some Running

I’m a big fan of local and seasonal eating – it’s not the be-all and end-all, but I don’t like having to settle for what the supermarkets deem to be a ‘perfect’ product. It’s quite often not. I would rather have a non-perfect tomato that tasted delicious than one that was so perfect that it tasted of nothing. This was one of the main reasons that I got quite excited when I got 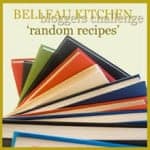 back from holiday to find that this month’s Random Recipes challenge was to involve something local.

Over the summer (well, since I moved to my new house in April, really) I’ve been making fairly regular trips to my local farmers market which is on every Saturday morning on Castle Terrace. For one thing, the hog roast roll van can cure any maladies lingering from Friday night; but also because there’s a fantastic range of produce up for grabs. I went down on Saturday morning and noticed that one of the stalls I visit most regularly was still there – the Clyde Valley Tomatoes people. 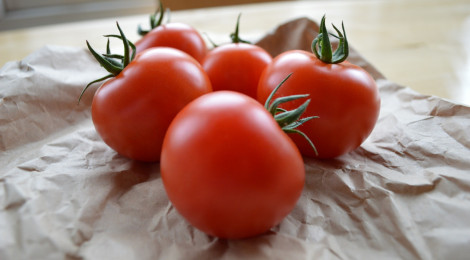 They have been regular merchants all summer with their delicious produce and I really expected them to not have been at the market by now, but they were still there this week – admittedly with a much-reduced stock – selling off the end of season produce. Here was my random local ingredient! Grown in South Lanarkshire (about 40 miles south-west of Edinburgh), I’d say these count as fairly local and being so delicious there really was no other option. And this is coming from someone who doesn’t even like raw tomatoes.

I then – and not for the last time over the weekend – hit a wall. The plan had been to use them in dinner, but as Saturday was the night before I did the 10km obstacle course around the city (a.k.a. the Men’s Health Survival of the Fittest) I thought I should probably be stretching, carb loading and other such things. In the end I decided that the tomatoes were ready to use there and then, and that I was hiding from anything that might suggest I was running the next day. 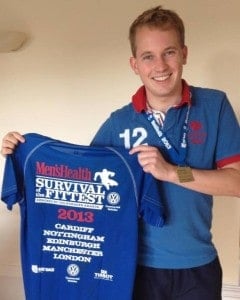 Basically, once again my desire for good food trumped sense. As it turned out the race was actually OK (well, I still hurt today, two days later, and my knees have been better, but we finished, which is the main thing) and we completed the gruelling course – 8ft wall, assault course, plunge pool and all – in a respectable 1 hour and 18 minutes. Not bad for a team which “doesn’t do running”.

So a tomato crumble wasn’t really going to help much, but it was what I wanted to make. I’d also picked up some fresh basil – from the same stall – so whilst I was busy making some pesto for later in the week I thought I’d put some leaves into the crumble. 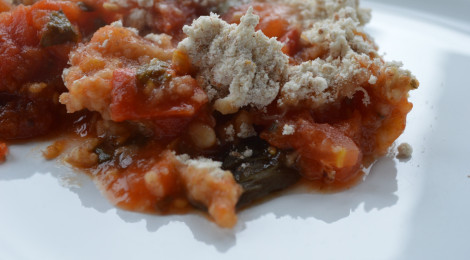 I ended up with a rather delicious tomato and basil crumble, as much making it up as I went along as using the recipe from one of my cookbooks, New Bistro. The parmesan in the crumble topping gives it another layer of flavour, although there could perhaps be a little more. I’ve also recently been shown a new app (yup, another app and another social network), which I’m quite taken by. It turns your subject into (something approaching) a 3D images – have a little play about on the photo below and let me know what you think in the comments.

This recipe is adapted from New Bistro. It takes a while to bake in the oven, but isn’t a complicate recipe. It can also be adapted for other savour crumbles – I’ve made one before with roasted peppers and tomatoes. This recipe serves 2 as the main dish or 4 as a side.

Dice your tomatoes (don’t bother pealing them, if you dice them enough you’ll never notice) and put them in a pan over a medium heat with the salt. Cover and leave for 10-15 minutes to stew. Finely chop your basil and add to the pot when you remove it from the heat at the end of the stewing time. Turn the oven on to 180ºC.

Put the two types of flour into a large bowl and mix together with half of the parmesan. After this, chunk in the butter then use your hands to work this into a fine, breadcrumb-like texture. If it is not coming together, add a little more butter, or a splash of milk.

Pour the tomato and basil mixture into the bottom of a ceramic dish (or Pyrex, if you prefer) then scatter the crumble mixture on top. Try to make sure that all the tomato is covered (or you get a mini eruption in the top, like mine had) and that you go right to the edges. Also the more consistent the thickness, the better the bake will be. Sprinkle the remaining parmesan over the top and place in the oven.

It should take about 20-30 minutes to bake (this will depend on the size and thickness of your dish as well as the height of your crumble). A good rule of thumb is that it should be golden brown on the top (but not burnt!) and be bubbling nicely on the inside. Serve with some crusty bread for mopping up. 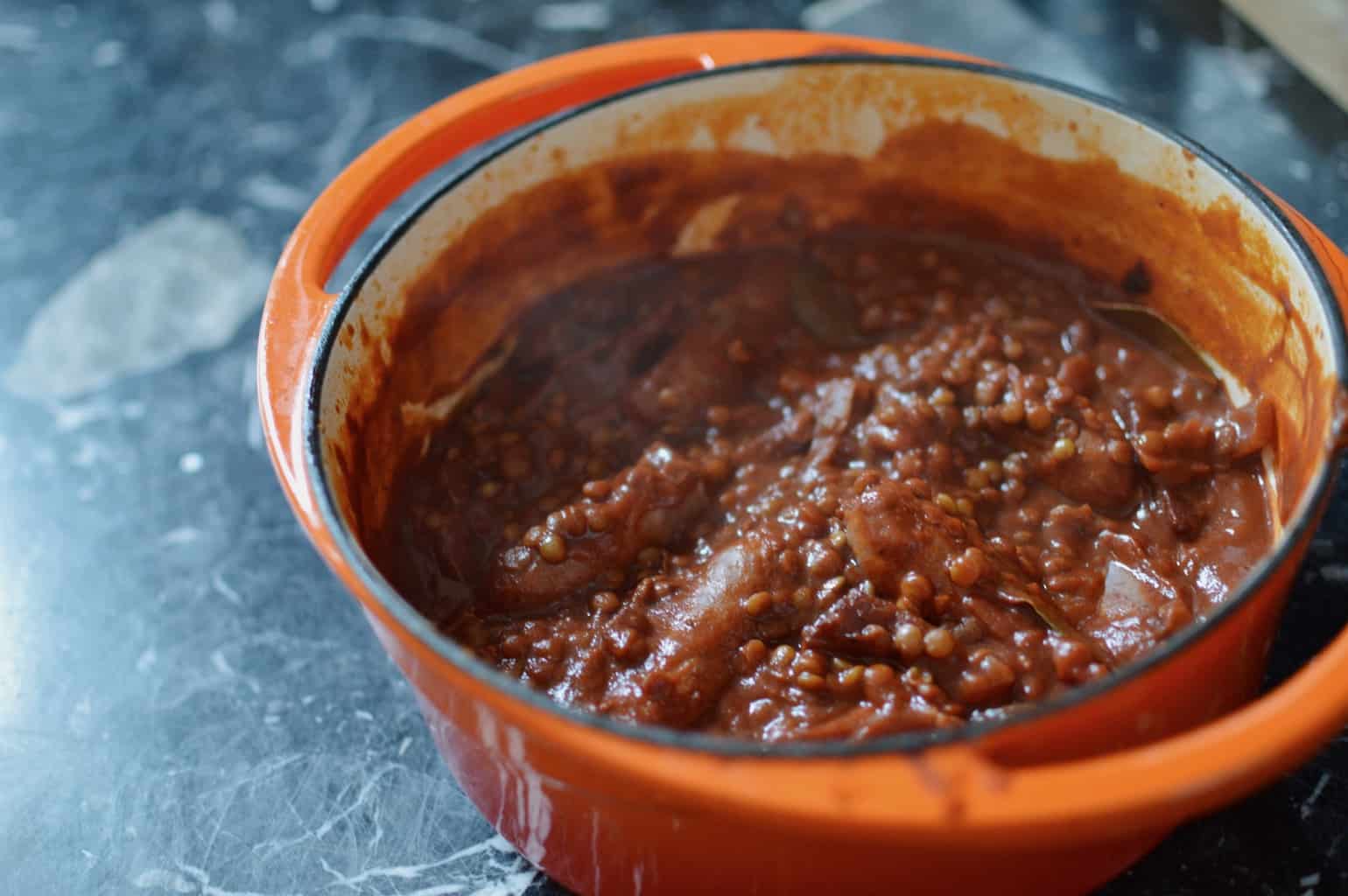 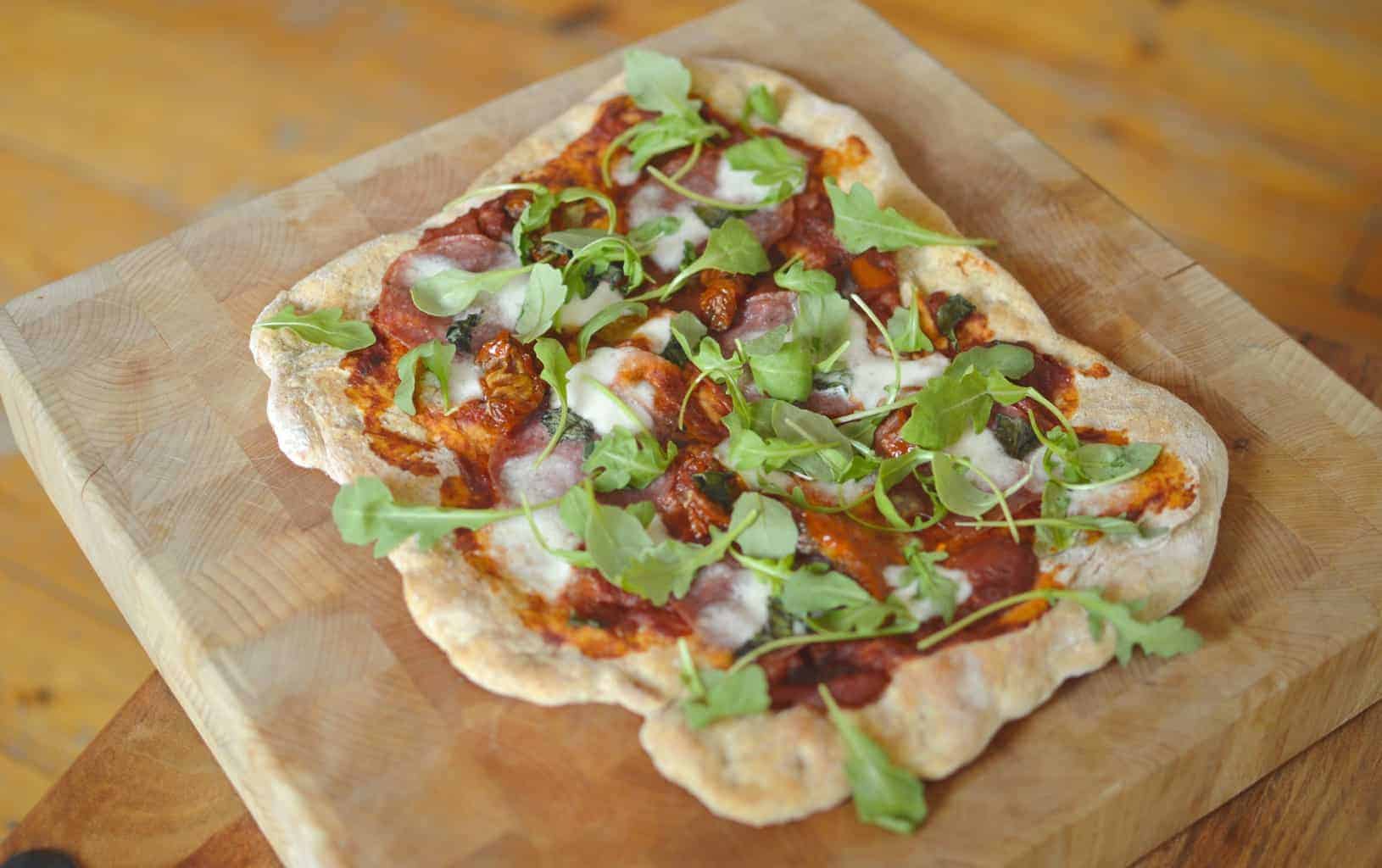